Carlo Ancelotti is confident Everton can now compete with Chelsea – one of their main rivals for a place in the top four.

Having beaten Chelsea in December when Frank Lampard was at the helm, Everton go to Stamford Bridge to face a different team under new boss Thomas Tuchel.

But the Toffees themselves are riding the crest of a wave after three victories in a row, and can now genuinely consider themselves contenders for Champions League qualification.

Monday evening's match with Chelsea could be pivotal to Everton’s hopes, even though they have a game in hand, and Ancelotti believes they are a totally different side from the one which was comprehensively beaten 4-0 at Stamford Bridge one year ago.

He said: "I think we are better. We have more knowledge and more belief in what we are doing.

"We can compete against Chelsea. It will be difficult, we know, because they are a fantastic team but we can compete."

Asked whether it was a big test of their top-four credentials, the Italian added: "Of course. We have 12 tests until the end of the season.

"This against Chelsea is the first one but there are a lot of teams involved. A lot of strong teams."

Ancelotti points to the recent win over Liverpool – their first at Anfield in 22 years – as being a significant moment in their season.

"The victory against Liverpool was a key point because we came back from a defeat against Fulham at home so the victory at Liverpool gave us more confidence and belief," he added.

Tuchel has made a huge impression since taking over from Lampard in late January.

He has not lost any of his 10 matches and has taken the side from ninth in the table to top-four contenders again.

"Offensively they play a little bit different but not too much because the quality of the players is still the same," said Ancelotti.

"Now they are really consistent because they haven’t lost under Tuchel and they are solid, but this doesn’t mean Lampard didn’t do a good job, I think Lampard did a fantastic job while he was there.

"(Tuchel) has the quality. He is a young manager but he already has experience in Germany and at Paris so he is a manager with a knowledge and ambition." 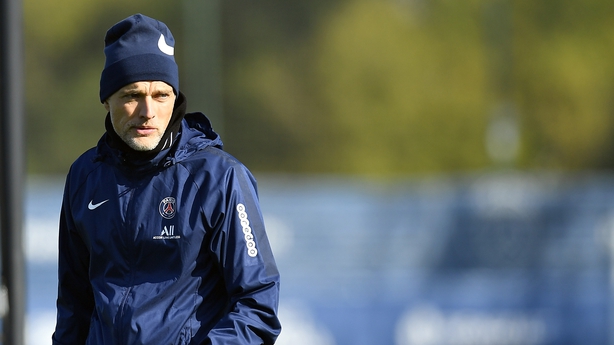 Chelsea’s German chief hailed the spirit in his dressing room, insisting his players will need no encouragement to fly into another big challenge against the Toffees.

"Everton had a big win at Anfield and from there they kept the momentum going," said Tuchel.

"They have a very strong squad, they are very physical and the squad is full of talent.

"It is good that these games are on and it is good that we have the next big, big match straight away, because that drives us, it gets us out of bed early.

"Then it is a very natural process to be at our top level again because you don’t need many words.

"The situation is very clear. It does not change.

"We will need the next top-level performance to be able to win and this is what we are up for at Stamford Bridge."