Norwich City forward Teemu Pukki struck a brace while midfielder Todd Cantwell marked his return from a calf injury with a goal as the Championship leaders beat Luton Town 3-0 to stay 10 points ahead of second-placed Watford.

Finland striker Pukki opened the scoring with a fine finish in the 13th minute and doubled Norwich's advantage later in the first half before Cantwell fired home from distance to seal a seventh victory for the club in as many games.

Adam Idah came off the bench for the Canaries with four minutes remaining.

Norwich have 76 points from 35 matches, with Watford their nearest rivals following a 1-0 home win over Nottingham Forest in an early encounter where defender Adam Masina netted his first goal in more than a year. 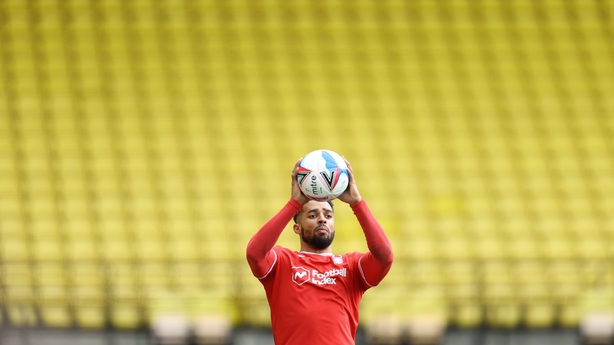 Republic of Ireland international Cyrus Christie was in the Forest defence.

Ryan Manning and Conor Hourihane started for Swansea as a 97th-minute penalty for Andre Ayew ensured a 2-1 victory over Middlesbrough that moved Steve Cooper's side up to third, one point behind Watford with two games in hand.

Ghanaian Ayew had held his nerve in similar circumstances when he struck a 96th-minute penalty in their previous game against Stoke City on Wednesday which earned them a late win.

Promotion hopefuls Reading comfortably beat 10-man Sheffield Wednesday 3-0, as a penalty from Michael Olise and second-half strikes from Lucas Joao and Andy Yiadom left them in fifth with 60 points from 35 games.

Scott Hogan led the Birmingham City attack, but couldn't prevent his side from going down 1-0 to Barnsley, with Daryl Dike's goal shortly after the break proving the difference.

There was plenty of Irish interest at Deepdale where Bournemouth drew 1-1 with Preston North End. 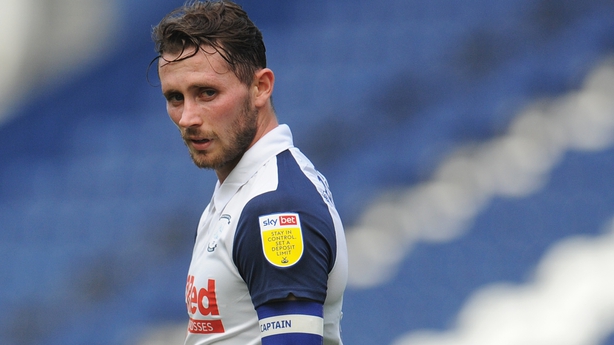 Greg Cunningham and Alan Browne (pictured above) both started for Preston, while Sean Maguire came off the bench shortly after the half hour mark. Shane Long came on for the final quarter of an hour for the Cherries, while Jayson Molumby (Preston) and goalkeeper Mark Travers (Bournemouth) were both unused substitutes.

Jason Knight started in midfield for Derby, picked up a booking in their 1-0 defeat to Coventry City, while centre-half Darragh Lenihan started for Blackburn in their 2-0 win over Millwall.

Daryl Horgan was a 73rd-minute replacement for Wycombe in a 2-0 away defeat to Stoke City, while Queens Park Rangers beat Bristol City 2-0.