Matt Doherty can turn his fortunes around at Spurs and prove why he was one of the most effective full-backs in the league, according to former Republic of Ireland international Stephen Elliott.

After two eye-catching seasons with Wolves in an attacking wing-back role, Spurs shelled out £15m to bring the Dubliner to London, but has struggled at times to fully win over manager Jose Mourinho.

Doherty has been unable to fully nail down a starting place and has so far not reached the heights he managed regularly in a Wolves shirt.

Just last week Roy Keane, who worked with the 29-year-old with Ireland, questioned his quality and doubts have been raised over his future with the north London club.

Speaking on RTE's Saturday Sport, Elliott says it is a clash of styles with his manager, but that there is still time to make an impression.

"I think he has what it takes to turn things around, and hopefully it won’t be long before we saw the Matt Doherty we saw at Wolves," he said.

"The way Wolves play, it really suited the way Matt Doherty played. "It suited his game and his marauding runs down the right that we have become accustomed to over the past couple of years. 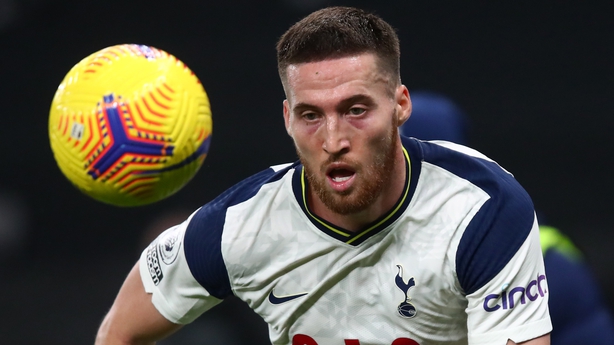 "Spurs set up quite differently.

"Jose Mourinho tends not to be as expansive. Doherty has missed out on game time because of the way Mourinho plays. You only have to look at Gareth Bale’s situation when he arrived back at the club; Mourinho doesn’t really care who you are, if you don’t suit the way he wants to play, you don’t play."

In an international career that began just three years ago, he has become one of the more high-profile players in Stephen Kenny’s squad, vying with team captain Seamus Coleman for a starting spot.

Elliott says it is imperative from an Irish perspective that Doherty is getting games and playing his way back into form.

"It’s been a difficult first season, but Matt’s a confident lad and I’m sure he is trying to adjust his game to fit in a bit better to the way the manager wants him to play and hopefully he can turn things around.

"From an Ireland point of view, you want him playing because he is one of our biggest players at the moment."