Further clarification on the handball law is expected from the game's lawmakers on Friday.

Attempts by the International Football Association Board to provide a more "precise and detailed" definition of the offence over the last two years have not succeeded in making handball decisions any less controversial, with last weekend's incident involving Callum Hudson-Odoi in the Chelsea versus Manchester United match a good case in point.

UEFA president Aleksander Ceferin wrote to his FIFA counterpart Gianni Infantino last October calling for the old text of the law to be reinstated and for lawmakers to accept that "sometimes decisions that are made for the good do not achieve their objectives".

Until 2019 a referee's decision over whether a handball was intentional or accidental was made entirely subjectively by taking into account whether the player's hand or arm moved towards the ball and the proximity of the player to the ball when the opponent plays it.

At its 2019 annual general meeting, the IFAB tried to add some objectivity by setting out situations where handball should be penalised even if accidental.

These included where a player had made their body "unnaturally bigger" and where the ball touched the hand or arm above or beyond shoulder height.

The law was clarified further at the 2020 AGM in Belfast, with a definition given on where the arm ended and the shoulder began.

It also amended the wording on attacking handballs so that accidental use of the hand or arm would only be penalised in the immediate build-up to a goal, rather than earlier in the move.

However, the 'strict liability' on awarding a free-kick or penalty when the ball touches the hand or arm when above or beyond shoulder height remained in the law, and it was understood the Premier League was prepared to lobby the IFAB to make a change on that point last autumn.

The IFAB said in a statement released last December that because "the interpretation of handball incidents has not always been consistent" that further clarification should be considered at the 135th AGM, which takes place virtually on Friday. 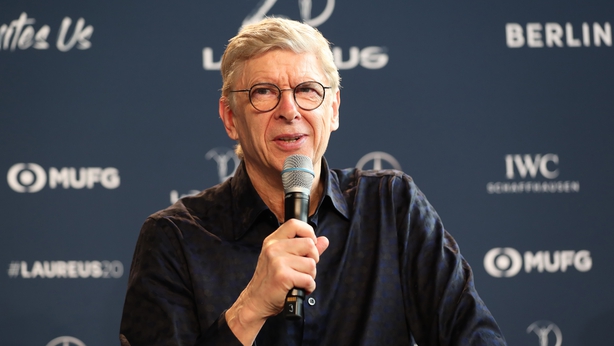 Another controversial law - offside - is on the agenda, but Football Association of Wales chief executive Jonathan Ford said at the IFAB annual business meeting in December that discussions around possibly changing it are in their infancy.

A proposal from former Arsenal manager Arsene Wenger - now FIFA's chief of global football development - is being considered, while the IFAB will also examine the progress of work to develop automated systems to detect offside.

The offside law has come under particular scrutiny since the advent of VAR, which can use technology to make fine-margin decisions.

VAR itself is also on the agenda, although this is expected to be less about its pros and cons and more to do with how the technology can be more easily and cheaply made available to smaller leagues with lower budgets around the world.

The amendment to the laws to allow up to five substitutes will be discussed and a possible extension considered, and there will be an update on the concussion substitute trials approved in December.

Since then, the protocols have been adopted and introduced in the Premier League, the Women's Super League and Championship and the men's and women's FA Cup competitions, though they have been criticised by brain injury specialists such as Dr Willie Stewart, the lead academic on the FIELD study which established a link between playing the game professionally and an increased risk of death due to neurodegenerative disease.