Minister of State for Sport Jack Chambers says Ireland "won't be found wanting" when it comes to playing its part in a potential joint bid to host the 2030 FIFA World Cup in conjunction with the English, Scottish, Welsh and Northern Irish football associations.

The 2030 tournament would mark the centenary of the first World Cup and world football's governing body FIFA will open the formal bidding process in 2022.

The Department of Tourism, Culture, Arts, Gaeltacht, Sport and Media will now undertake feasibility work, together with its partners, to assess the viability of a bid.

"We have a huge footballing community in Ireland. The strength of the five nations and football associations coming together to collaborate on such a feasibility study is really important.

"We are at the early stages of this process, but the fact we have an ambition across the two islands to try and work together to bring one of the biggest tournaments in the world to our shores is really positive."

Taoiseach Micheál Martin has said that the bid is "very exciting news". On his way into Cabinet this morning, Mr Martin said that Government will "do everything we can to add value to that proposition".

Mr Martin said that the idea of Ireland being a location for major events is something successive Governments have been pushing for.

A joint bid from Uruguay (original World Cup hosts), Paraguay, Chile and Argentina has already been confirmed for the centenary World Cup, with Morocco also planning a bid, while FIFA are understood to be keen for China to also enter the fray.

The English Football Association said on Twitter that it welcomed "the Government's pledge of £2.8m towards a potential bid" for the 2030 World Cup and Minister Chambers insisted that the Irish government will give the feasibility bid its financial backing through its Major Events Division within the Department of Sport.

"We had a budget of €6m last year allocated for this," he said.

"We will be purposing a significant amount of that into our engagement with the British government. The exact amount that is required in terms of feasibility process is being worked through, but we won't be found wanting when it comes to putting our best foot forward.

"We have significant experience from the Rugby World Cup bid. We will work with the associations trying to work out the logistics and economic benefits."

In a joint statement, the FAI along with the four other associations, said: "The football associations and government partners of the UK and Ireland are delighted that the UK government has committed to support a prospective five association bid for the 2030 FIFA World Cup.

"We will continue to undertake feasibility work to assess the viability of a bid before FIFA formally open the process in 2022.

"Staging a FIFA World Cup would provide an incredible opportunity to deliver tangible benefits for our nations. If a decision is made to bid for the event, we look forward to presenting our hosting proposals to FIFA and the wider global football community."

Minister Chambers said he has full confidence in the role the FAI will play in any potential bid.

"The FAI are progressing a lot of governance and organisational reforms. They have made a fresh start. The footballing family want to see the FAI and Irish government attempt to bring such a major event to our shores

"They have the capacity, drive and ambition to do this." 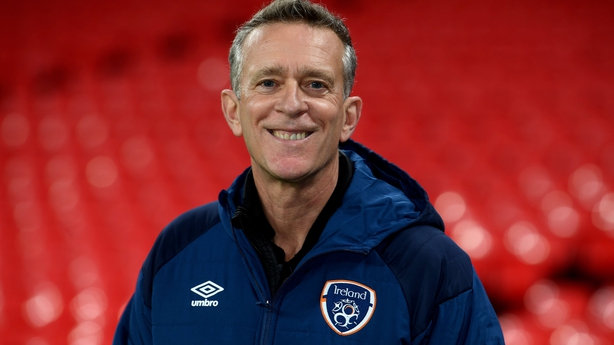 "I think the decision to have a joint approach is the right decision. Because we know that the English FA has already had two attempts to host the World Cup since it last did in 1966," he said.

The next World Cup in 2022 will be held in Qatar, while the 2026 tournament is due to be co-hosted by the United States, Mexico and Canada.

Dublin will be one of the host cities for the delayed UEFA European Championships this summer.