Everton manager Carlo Ancelotti wants to still be in charge at the club when they move to their new stadium at Bramley-Moore Dock.

Planning permission was granted this week for the 52,888-capacity ground by the side of the River Mersey, which is scheduled to open in time for the 2024-25 season.

Ancelotti's contract expires in June 2024 but he hopes he will have done a good enough job to have extended his stay beyond that.

"I would like to be there when the new stadium will be opened," said the Italian.

"So for sure, for the time I spent here it is almost one year I feel good so I would like to stay as long as possible." 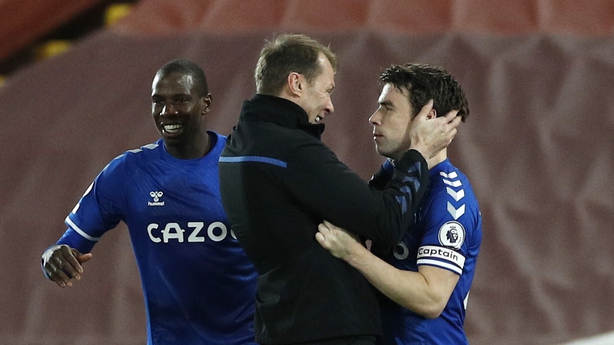 It has been a good week for the club as news of the stadium came sandwiched between Everton's first win at Anfield since 1999 and a new contract until 2025 for left-back Lucas Digne.

"In the last few days, [there has been] a lot of good news and we are working to keep the good news every day," added Ancelotti.

"It was a good result, a step forward for the new stadium and Digne signed a new contract."

Fans are still riding high off the back of Saturday's long-awaited away win in the Merseyside derby and the Toffees boss said the only disappointment was he could not enjoy more interaction with the supporters about the result.

"They don't talk to me, they've done this [signalling a thumbs up]," he said.

"Unfortunately we don't have chance to talk to the people. I went outside only once biking but I bike really fast so it is difficult for them to catch me."