Mick McCarthy admitted Cardiff had piled the pressure on themselves after beating Bournemouth 2-1 to make it six wins in a row and move above their hosts into the Championship play-off places.

Bournemouth were much better in the second half but Shane Long's header 23 minutes from time wasnot enough to stop Jonathan Woodgate losing his first game as permanent head coach. 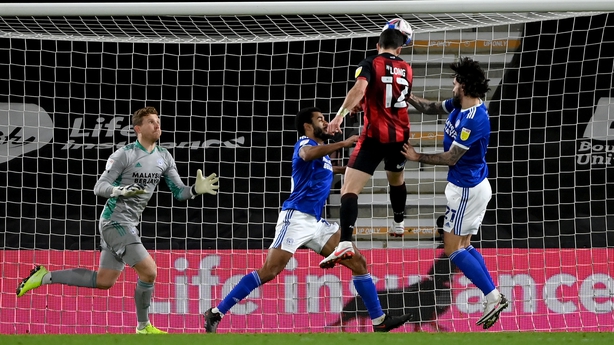 McCarthy, whose side were languishing in 15th place when he took over on 22 January said: "I thought the lads were excellent, especially in the first half when we dominated the game.

"I expected a reaction from Bournemouth, which we got but we stuck at it and deserved the win. We showed great reliance and a good work rate.

"The lads have been brilliant and have earned their position in the table with wins they have had.

"They have reacted well to me coming in and the shifts they are putting in have been amazing.

"They will all be chasing us now.

"We were looking at Bournemouth and everybody else and they were the target, now everybody will want to beat us.

"We have put a bit more pressure on us and won't want to drop out of the top six."

Cardiff made their aerial advantage tell in the 28th minute when captain Morrison climbed highest at the near post to glance his header beyond Asmir Begovic from a Harry Wilson corner and make it 1-0.

The Bluebirds were gifted the chance to double their lead eight minutes before half-time after Perry Ng was clumsily brought down by Diego Rico.

Moore stepped up to smash the resulting spot-kick high into Begovic's left-hand corner.

Sam Surridge should have reduced the arrears in the 41st minute but failed to beat Dillon Phillips with a near-post effort from point-blank range after Rico had crossed.

Bournemouth got themselves back into the game when Long headed home from underneath the crossbar after Arnaut Danjuma's initial shot had been blocked by Morrison to send the ball spinning into the sky.

A frustrated Woodgate said: "We lost the game in the first half.

"We gave them a leg up with the penalty which was not good enough and came from sloppy play.

"We were a lot better second half and it could easily have ended up 2-2. 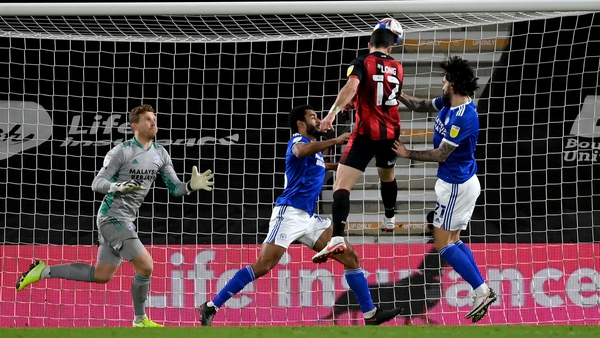