Lennon, who returned to the club for a second stint in charge after Brendan Rodgers left to take over at Leicester in February 2019, has been under pressure all season but had previously maintained he would not quit.

The reigning champions are 18 points behind Rangers in the top flight and a defeat to Ross County on Sunday left their Glasgow rivals just seven points away from title.

He said on Twitter: "Neil Lennon can be proud of his achievements both as a player, coach and manager of Celtic.

"I'm not surprised he has resigned but feel it's the best outcome for Celtic. The club now need to move quickly and get a new manager and his staff in for the challenges ahead."

Rangers boss Steven Gerrard gave his reaction as he spoke ahead of the Ibrox side's Europa League clash with Royal Antwerp.

"I can't say I'm surprised because of obviously what's been going on over there," said Gerrard.

"But I obviously take no personal satisfaction from seeing that news (happen) to Neil or any other fellow manager that happens to. So I wish him well for the future.

"I only really found out about it this morning but obviously the focus for me is on the game tomorrow."

Ex-Rangers striker Ally McCoist also said he's "not surprised" by the departure after seeing the Bhoys endure "one disaster after another".

The 58-year-old Ibrox favourite, who played for the club between 1983 and 1998 and became Rangers' all-time record goalscorer before a spell as manager between 2011 and 2014, told talkSPORT: "The first thing I say is, hopefully he can get some sanity back in his life and go and enjoy himself and relax with his family for a period.

"That's the one thing, looking at Neil, that he needs and wants - so that's the most important thing. He needs to spend some time away from the pressure that is being an Old Firm manager. 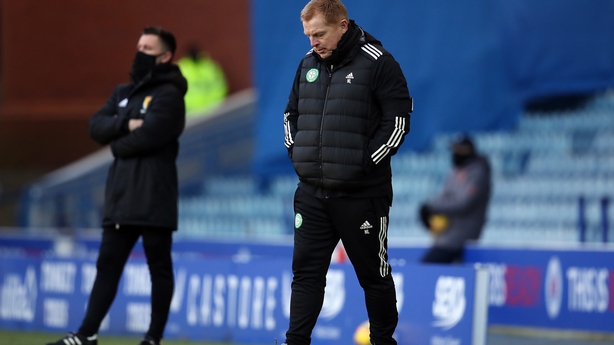 "But in terms of the decision itself, I'm not overly surprised at all. I think the way the season has gone for Celtic this year has effectively been one disaster after another, and there are a lot of people responsible for that."

"My heart goes out to Lenny. I pay tribute to his accomplishments and success he has had at Celtic, as a player and a manager.

"Someone showed me his statement and he (Lennon) is 100% right. He is Celtic through and through and he will be hurting.

"As a fellow manager I can only sympathise with him and I wish him all the best."