Leeds climbed back into the top half of the table as three second-half goals secured them a 3-0 home win against Southampton.

Patrick Bamford's 13th Premier League goal of the season, Stuart Dallas and the impressive Raphinha's free-kick lifted Marcelo Bielsa's side above Arsenal and up to 10th, one point behind Tottenham.

Southampton were not without their chances and despite being overrun after the interval were still in the game until Dallas made it 2-0 in the 77th minute.

But the Saints' winless league run was extended to eight matches and had Leeds not been so wasteful in front of goal, Ralph Hasenhuttl's side would have lost by a bigger margin.

The visitors twice threatened to take an early lead as Leeds' players struggled to keep their feet on Elland Road's soft playing surface.

The 23-year-old midfielder skipped around Leeds skipper Liam Cooper, but his curling shot was comfortably saved by Illan Meslier.

Raphinha laid a golden chance on a plate for Tyler Roberts, pulling the ball back after gliding past two defenders, but the Welsh forward blazed over. 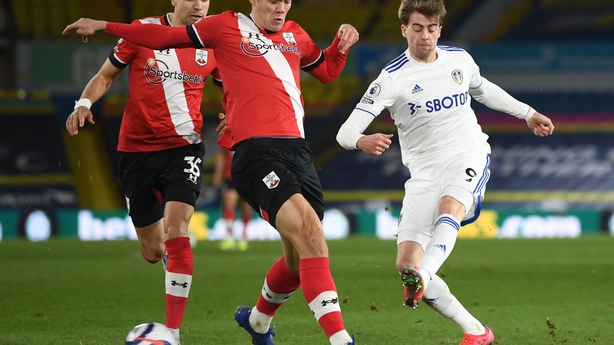 Tella had gone down too easily under a challenge from Diego Llorente, who was making his home debut for Leeds, and referee Andre Marriner corrected his initial decision after checking the replays.

Oriol Romeu then kept the scores level by producing a goal-saving tackle on Raphinha, who had raced clear from halfway into the penalty area.

Southampton thought they had broken the deadlock just before half-time when Che Adams latched on to Ward-Prowse's smart free-kick, but Marriner ruled it out after claiming he was not ready.

Leeds made a flying start to the second half and took the lead in the 47th minute.

Bamford raced on to Roberts' excellent through-ball and clipped a cool left-footed finish into the bottom corner. 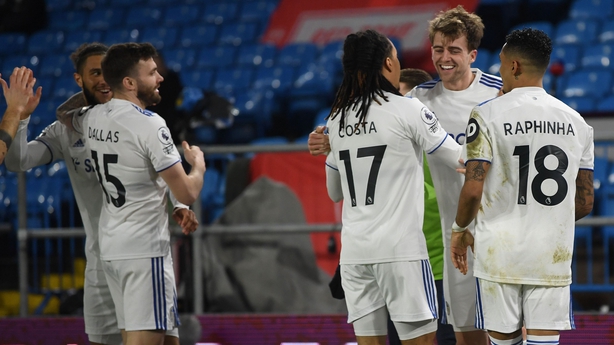 Southampton responded through Stuart Armstrong, who forced Meslier into a low flying save, before Leeds spurned chances to extend their advantage.

Roberts fired wide following a sweeping Leeds counter and as the action flowed from end to end, Bamford's close-range effort was blocked by McCarthy after Dallas's weaving run.

McCarthy rescued Saints again when keeping out Llorente's shot from another Raphinha pull-back.

Leeds should have been out of sight, but Southampton threatened when Vestergaard's close-range effort was blocked by Bamford and Mohammed Salisu fired over.

Dallas then settled any home nerves when he crashed in Leeds' second from the edge of the area in the 77th minute.

The home side chased a third and Raphinha curled home an excellent free-kick around the wall and into the bottom corner seven minutes later.

Substitute Pablo Hernandez lashed a volley just over in the closing stages as Leeds continued to swarm forward.