St Patrick's Athletic have completed the loan signing of midfielder Alfie Lewis from West Ham United, as well as securing the return of Paddy Barrett to the League of Ireland.

Lewis has been with his boyhood club since the age of eight.

He made his Premier League 2 debut aged 16 against Wolves five years ago and has been a regular at that level since.

The Essex-born player has also featured in a number of EFL Trophy matches for the club and was on the bench for the first team for their Premier League game against Chelsea last season.

He is the second loan signing from the Premier League for Pat's after goalkeeper Vitezslav Jaros joined from Liverpool.

Lewis said: "My agent texted me to let me know about the interest from St Pat’s a few weeks ago and as soon as a spoke to Stephen O’Donnell I wanted to come over.

"This is the perfect time for me to go out on loan to a good club like St Pat’s and get some experience. I’m really looking forward to it.

"I know St Pat’s play a really good style of football and I’m a player who likes to get on the ball, so hopefully I can add my quality to the team and see what I can do and work hard." 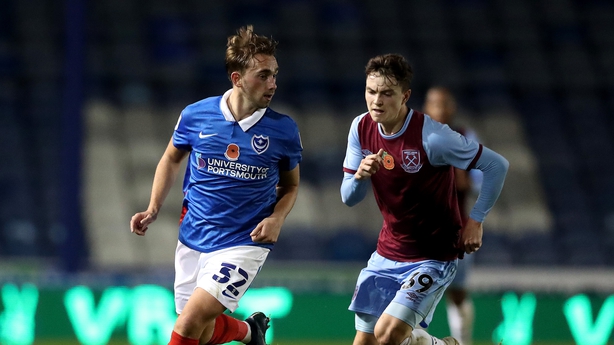 Lewis is excited by facing Dublin derbies early on in his career, with Shamrock Rovers up first and Bohemians soon after.

"The first couple of games are derbies so I’m looking forward to them. The Dublin derbies might be a bit different to Spurs and West Ham!

"They are probably the best games to play in and look forward to so I can’t wait."

Pat's boss Stephen O’Donnell is delighted to seal the loan move after working on the signing for a number of weeks: "Alfie is a very good footballer and is someone who we have been tracking for quite a while, having watched him numerous times for West Ham Under-23s.

"He will compliment our team and the rest of our midfielders very well. He is a typical St Patrick’s Athletic style of player, the club have been renowned for having technically gifted players over the years, and we hope he’ll add a creative spark for us, get on the ball and play progressive passes."

Meanwhile Barrett, formerly of Waterford and Dundalk, is back home to work under his former team-mate.

The 27-year-old had most recently been in Cambodia with Preah Khan Svay Rieng.

He won two league titles and an FAI Cup with Dundalk and was part of the famous 2016 European run. 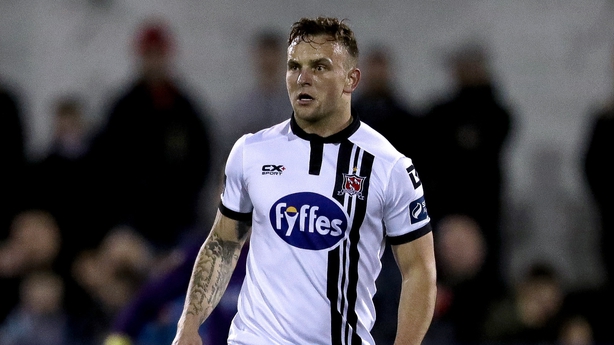 Barrett says: "It's great to be part of St Pat’s and thankfully we got things done on time before the window.

"I left the League of Ireland three-and-a-half years ago to travel and play football and that’s what I’ve done.

"The move to Cambodia didn’t work out the way I wanted it to for numerous reasons and I said to myself that I wanted to come back home to play in Ireland.

"Stephen O’Donnell reached out to me to and it was opportunity I couldn’t turn down for play for a club as big as St Pat’s.I’ve played against St Pat’s and at Richmond Park numerous times, I’ve kept an eye on the league over the last few years and I was really excited when Stephen reached out.

"We’ve got Shamrock Rovers away in Tallaght on the opening night and I can’t wait to get going."

O'Donnell added: "I have a good relationship with Paddy from our time together at Dundalk. He is another high calibre player with good European experience.

"He is at the perfect age now for a centre-back, he is a high quality addition to the squad and I’m really looking forward to working with him.

"He’ll add good depth and good competition for places at centre-back with Lee Desmond, Sam Bone and Cian Kelly, we’re going to need all of them throughout to season and with Luke McNally going to Oxford it was a position we wanted to strengthen in and we have done."