Bournemouth caretaker-boss Jonathan Woodgate refused to be drawn on the club's managerial hunt after overseeing a hard-fought 1-0 win over struggling Rotherham.

Philip Billing's well-taken first-half goal was enough to make it three wins and a draw from Woodgate's four games in charge.

Former Arsenal striker Thierry Henry is emerging as a shock contender to be the full-time successor to the sacked Jason Tindall.

Woodgate said: "I don't know what is happening yet. I will speak to the board and see where we go. It is a boring answer but I will take it one game at a time. That is the right answer.

"I have always had an appetite to be involved in football. I am a lover of football at the end of the day."

Commenting on his team's victory, which cemented their place in the top six, Woodgate added: "It was a battle.

"We knew from the start of the game what it was going to be like, but the players stuck to the task and got the 1-0 victory.

"It does not matter how you get the victory as long as you get it in the end." 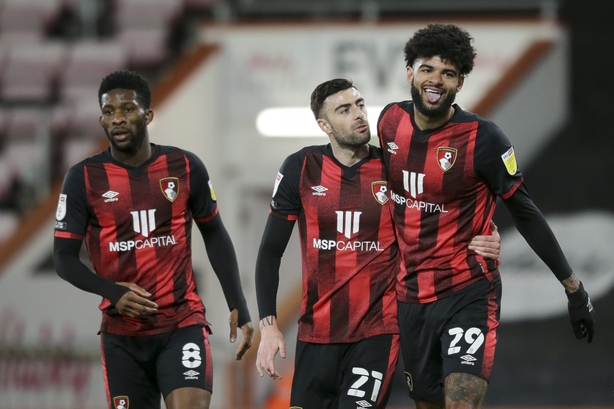 Denmark international Billing scored what proved to be the winner in the 23rd minute by rounding off a quick counter-attack.

Adam Smith started the move with a header from inside his own half before playing a neat one-two with Sam Surridge and crossing for Billing to blast home from 12 yards.

The Cherries had a massive let-off a minute before half-time when Rotherham captain Richard Wood missed a gilt-edged chance to make it 1-1.

Michael Ihiekwe did well to head Daniel Barlaser's free-kick across the face of goal and Wood looked certain to score but somehow contrived to turn the ball over from inside the six-yard box.

Asmir Begovic made an acrobatic save to keep out Ben Wiles' shot from the edge of the penalty area in the 67th minute.

Substitute Freddie Ladapo could have scored with his first touch after coming on but failed to keep his shot down after being put through one-on-one with Begovic.

Republic of Ireland striker Shane Long remained on the bench throughout.