Goals from Mehdi Taremi and Moussa Marega earned Porto a deserved 2-1 win over Juventus in the first leg of their Champions League last-16 clash, with Federico Chiesa's late strike handing the Italian champions a lifeline.

Taremi pounced on a sloppy back pass after 63 seconds to fire in the opener that left Juventus rattled as they failed to create any meaningful chances before halftime.

Things got worse for Andrea Pirlo's side when Marega blasted in Porto's second 19 seconds into the second half.

The winger's strike ended Porto’s run of five consecutive clean sheets in the competition and leaves the tie wide open ahead of the return leg in Turin on 9 March. 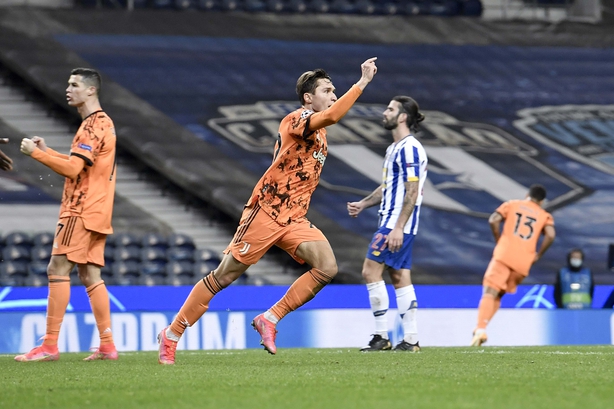