When the board went up 112 minutes into West Ham's FA Cup fifth-round tie against Manchester United to signal Mipo Odubeko's substitution, the 18-year-old's shoulders slumped.

Having come on for Andriy Yarmolenko in the 54th minute, the Republic of Ireland underage international's dream night had been soured.

This could have been a real fairytale. Instead, it will go down as a harsh lesson, another example of the brutal spotlight rising talents are expected to both endure and flourish under. This was a night to forget for Mipo Odubeko - but he can certainly emerge stronger for it.

The striker first caught the eye playing schoolboy football with Crumlin United and St Joseph's Boys before making a big move across the water to Manchester City.

He then switched to the red half of the city to play for United, where his development accelerated. The Red Devils were keen to keep hold of the attacker - who scored 35 goals for their academy sides in his time there - but in October 2019 Odubeko made the decision to move on again, driven by an ambition to gain first-team action as soon as possible.

There was no shortage of interested clubs. Feyenoord, Bayern Munich, Genoa, Newcastle and Burnley all wanted him, but the Hammers won the race for his signature. 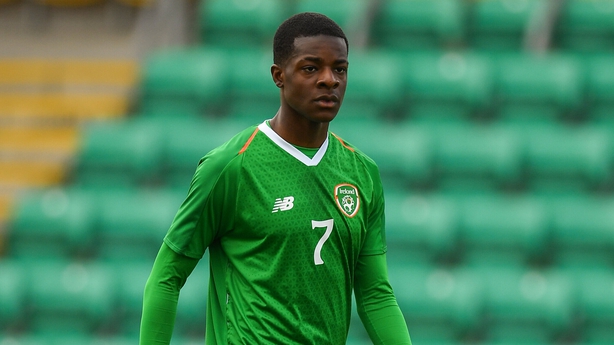 Over the last 12 months Odubeko has consistently impressed with West Ham's under-23s in the Premier League 2. He had a three-month spell out with a hamstring injury before Christmas but picked up where he left off upon his return, most recently scoring a lovely consolation goal in his team's 5-1 hammering at Brighton and Hove Albion, for whom 16-year-old ex-Bohs forward Evan Ferguson netted.

In mid-January, David Moyes handed Odubeko his first-team debut off the bench in the FA Cup win at Stockport County.

"He's a young player we have big hopes for," the manager said afterwards. "We like him a lot and will try and bring him along at the right time and when we need him."

West Ham had just sold Sebastien Haller to Ajax for £20m and were expected to use the January transfer window to bring in an experienced replacement.

But despite hovering around the top four in a campaign that looks wide open for an outsider to break into those precious Champions League places, the Hammers resisted any temptation they may have had to splurge on a proven forward.

All of this has led to a golden opportunity for a youngster like Odubeko to make a spectacular breakthrough. That's an exciting scenario - but it also brings with it an immense pressure.

There's no question he struggled last night. The teenager never recovered from a nervy start, looking tentative, unsure of where he should be and generally overawed by the occasion.

He also wasn't helped by senior teammates who could have done more to help a rookie clearly struggling. On more than one occasion players could be seeing admonishing Odubeko, or waving their arms in the air in frustration in his direction. That doesn't help anyone.

Odubeko, toiling to get into the game as he tried to lead the line against very strong opponents, went into his shell. Brought on as a sub before the hour mark, he was taken back off 58 minutes later with the game in extra-time.

"He played a long time in the game but I had an experienced player in Manuel Lanzini who I was trying to get into the side and as the game went on and with the substitutions, I just did not have the opportunity to do so earlier," Moyes explained.

"I am pleased the young player got some minutes." 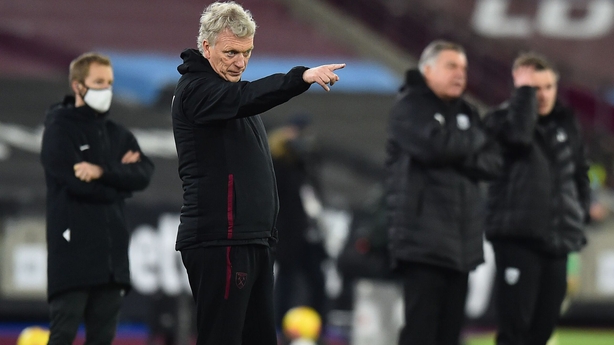 Harsh or reasonable? It doesn't really matter. Last night just showed Odubeko isn't quite ready to step into the cut and thrust of first-team football at Premier League level and there's no shame in that.

It's not his fault West Ham failed to replace Haller when they had the chance; it just means he's been asked to swim in the choppy waters of top-flight football earlier than the club likely would have preferred.

Moyes may be taking a longer-term view with him too, given that Andriy Yarmolenko and Angelo Ogbonna both went off injured last night and Michail Antonio, their main striker, missed the cup clash completely. He's a doubt for Monday's league game against Sheffield United.

Whether he's ready or not, the Scot may have no choice but to give Odubeko more opportunities.

Speaking about Odubeko last month, Ireland under 21 boss Jim Crawford said: "I know all about Mipo. I had the luxury of watching a lot of his games at St Joseph's Boys in Sallynoggin.

"I link in with [another West Ham and Ireland youngster] Conor Coventry quite a bit and there's no harm getting a player's perspective on another player. Conor sees him as a quality player too.

"I remember when he played for Joeys, the two big strikers in the country at that time were Mipo and Troy Parrott. They’ve certainly gone their separate ways, but there’s potential there with Mipo."

The likes of Parrott and Adam Idah are good examples of teenaged Irish talents who've experienced directly how relentlessly tough the Premier League is. Aaron Connolly is another. The demands and the expectations are extraordinarily high.

Odubeko likely feels pretty down today; maybe even a little embarrassed. He shouldn't. This is a blip on the road to the top. All indications are that he has the ability to carve out a good career. This is a chance to prove he has the mentality to go match.