Shane Long made his Bournemouth debut as the Cherries ended their poor run with a 3-2 home win over Birmingham in the Sky Bet Championship.

The visitors were ahead in the 27th minute when Asmir Begovic spilled a Gary Gardner cross and another Republic of Ireland striker, Scott Hogan, cleaned up but Jack Wilshere set up Arnaut Danjuma to level in the 36th minute.

Wilshere headed the Cherries ahead just past the hour mark and although Hogan headed an equaliser seven minutes later, Philip Billing decided the contest when he tapped in unmarked at the far post with 13 minutes remaining. The result leaves Birmingham in the bottom three.

James Collins was another Irish forward on song. He gave Luton an 11th-minute lead at home to Huddersfield but Naby Sarr equalised in the 74th minute. The visitors' Harry Toffolo was dismissed in added time. 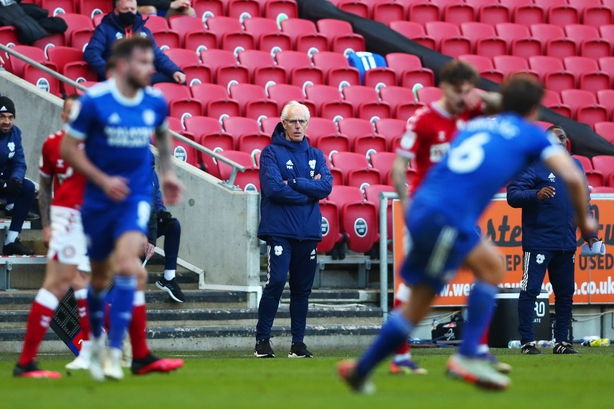 Mick McCarthy meanwhile earned his first win since taking over at Cardiff. Curtis Nelson and Kieffer Moore got the Bluebirds' goals in a morale-boosting 2-0 win at Bristol City that lifts them up to 14th.

Brentford recovered from a poor start to win 4-1 at Middlesbrough and climb into the top two.

The Teessiders were 1-0 up inside three minutes when Bees goalkeeper David Raya failed to collect Neeskens Kebano's cross.

However, the visitors were level in the 38th minute when Ivan Toney tapped in after good work by Tariqe Fosu - and they took control after the break.

Vitaly Janelt (58) fired home from the edge of the box after top scorer Toney had headed the ball down for him, Mathias Jensen (64) made it 3-1 following a slip from Paddy McNair, before Toney tapped in the fourth 10 minutes from time.

Millwall came from behind to defeat Sheffield Wednesday 4-1. 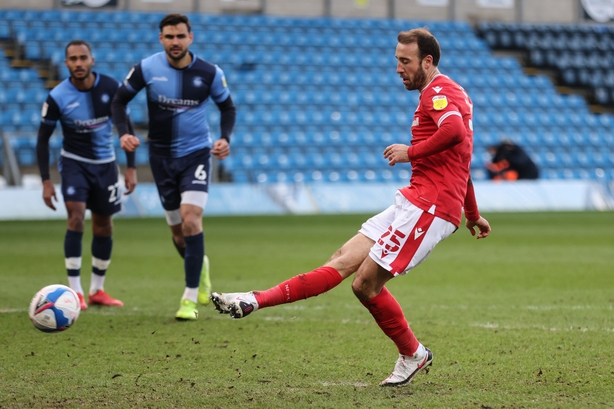 Murray lobbed the opener in the seventh minute and doubled the lead nine minutes into the second half from the penalty spot, after himself being fouled. Anthony Knockaert wrapped up the points in the 72nd minute.

Rotherham climbed out of the relegation zone with a 2-1 win at Preston. Joe Rafferty's 10th-minute own goal and Ben Wiles' 55th-minute effort had them 2-0 ahead at Deepdale, before Ched Evans replied 10 minutes later.

Reading's promotion prospects were not helped by a 0-0 draw at Stoke and it was also goalless in the early kick-off between Coventry and Watford.

In League One Troy Parrott had a happy debut for Ipswich Town who beat Blackpool 2-0 at Portman Road.

Parrott - who was lively throughout - saw his compatriot Alan Judge open the scoring two minutes before half-time with an excellent finish. Defender Luke Woolfenden made it two in the 49th minute.

League One top-scorer Luke Jephcott's double looked to have earned Plymouth the victory but Republic of Ireland winger Curtis gave Pompey hope in the 86th minute before James Bolton levelled a minute later.

Brian Barry Murphy's Rochdale lost to Charlton who bounced back from their midweek home defeat by Portsmouth with a 2-0 victory. Both goals came before half-time from Chuks Aneke and Deji Oshilaja.

And finally the evergreen Wes Hoolahan continues to sparkle with Cambridge in League Two.

Cambridge United moved three points clear at the top of the table with a 2-0 win at Barrow.

With Forest Green Rovers' match away to Mansfield among four fixtures to fall foul of the weather, Cambridge took full advantage with goals from Paul Mullin and Joe Ironside.

Hoolahan teed up Mullin to fire in a powerful opener two minutes before the break while Ironside made sure of the points six minutes from time.