Republic of Ireland midfielder Conor Hourihane struck his third goal in three games as Swansea moved back into second place in the Championship, closing the gap on leaders Norwich to two points with a 2-0 win at the Liberty Stadium.

The home side leapfrogged Brentford to go back into the automatic-promotion spots as they notched their 15th clean sheet of the season to increase the pressure on Norwich, who have played a game more.

Goals either side of half-time from Andre Ayew and Hourihane - who has been terrific since making a loan move to the Swans from Aston Villa - gave Steve Cooper's side the advantage and their latest triumph means they will go into their FA Cup clash with Manchester City on the back of a 10-match unbeaten run.

Norwich made a confident start and put the Swans under considerable pressure, but could not find a way to end a run of 284 minutes without a goal coming into the game against the team with the second best defensive record in all four divisions behind Manchester City.

Todd Cantwell kept driving Norwich forward at every chance and did his best to give dangerman Teemu Pukki sight of goal. He managed it once in the 23rd minute, but the Finnish striker pulled his shot past the post. 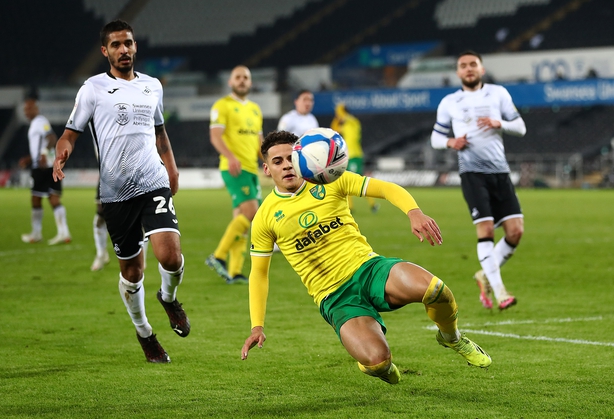 Prior to that, Norwich had to thank Dutch goalkeeper Tim Krul for holding onto a long-range effort from Matt Grimes from a clever corner move.

A wonder pass from Marc Guehi set top scorer Jamal Lowe free in the Canaries' box, but his shot aimed at the right corner was comfortably held by Krul.

Swansea used their wing-backs to good advantage to break from deep and it was a long throw from one of them, Connor Roberts, that helped to open the door for the first goal.

The Wales international's throw went right across the box and enabled Hourihane to fire a fierce shot at goal that Max Aarons bravely blocked.

From the corner by Hourihane, Krul fumbled the cross, failed to regather and could only sit and watch in horror as Jake Bidwell turned the ball back goalwards and Ayew somehow swivelled to force it past five defenders and into the goal from the edge of the six-yard box. 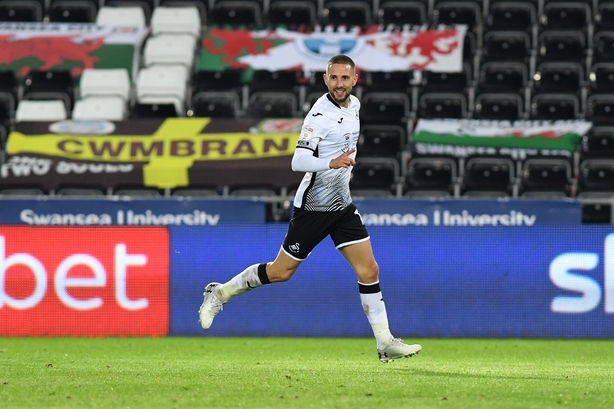 This time it was the highly impressive Hourihane who did the damage with his third Championship goal in as many games for his new club since joining on loan from Aston Villa.

It was a poor lay-off from Kenny McLean following a clearance that gifted the ball to Jay Fulton. The midfielder simply rolled the ball into the path of Hourihane and the Irishman smashed home past Krul from the edge of the 'D' with the sweetest of left-foot strikes.

Norwich manager Daniel Farke knew he had to do something to try to stem the tide and he made three changes just before the hour mark as he brought on Mario Vrancic, Onel Hernandez and Adam Idah.

Pukki had a chance to pull a goal back in the 83rd minute, but his shot was well over the bar and Norwich failed to score for the third successive Championship game and fourth in all competitions.