Bayern Munich moved 10 points clear at the summit of the Bundesliga following a 1-0 victory against Hertha Berlin.

Robert Lewandowski missed a penalty for the visiting side after 11 minutes before Kingsley Coman's deflected effort put the champions ahead midway through the opening half.

In case you were wondering how they cleared all the snow off the pitch ???? #BSCFCB 0-1 pic.twitter.com/QVDNBGPGih

Bayern created a number of opportunities to extend their lead in the second period, but Hertha’s goalkeeper Rune Jarstein kept the visitors at bay.

Second-placed RB Leipzig will have the chance to reduce the deficit to the league leaders when they travel to Schalke on Saturday.

In Italy, Inter Milan headed to the top of Serie A with a 2-0 win over Fiorentina at the Artemio Franchi Stadium. 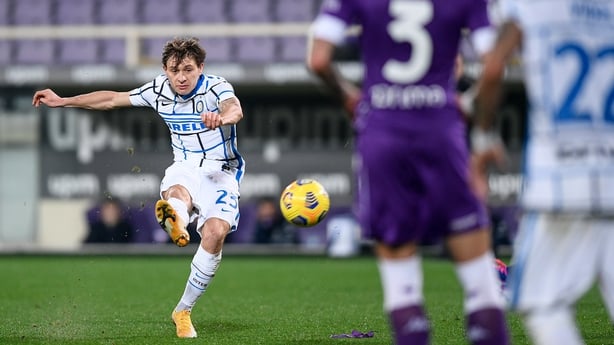 Nicolo Barella broke the deadlock with a fine effort from outside the box on the half-hour mark.

Inter are one point clear of AC Milan having played a game more than their rivals.

In La Liga, Joselu scored the only goal of the match as Alaves recorded a 1-0 home victory over Valladolid.