Jurgen Klopp admits Liverpool "hope for a miracle" regarding Virgil van Dijk's recovery but accepts while it is not impossible he will play again this season it is unlikely.

The Holland captain has been out with an ACL injury since mid-October and, while his progress has been encouraging, his chances of featuring for the defending champions in their remaining matches look slim.

Liverpool left the Dutchman out of their squad submitted to the Premier League - their Champions League squad had already been finalised - after the first transfer window closed but it needs to be resubmitted after they brought in Ben Davies and Ozan Kabak on loan on deadline day.

"No doctor told me there's a chance for Virgil to play again this season. I don't want to say it's impossible but it's not likely," said Klopp.

"If there is no space, we have to make a decision. If he is on the list it is only because we hope for a miracle - that is it." 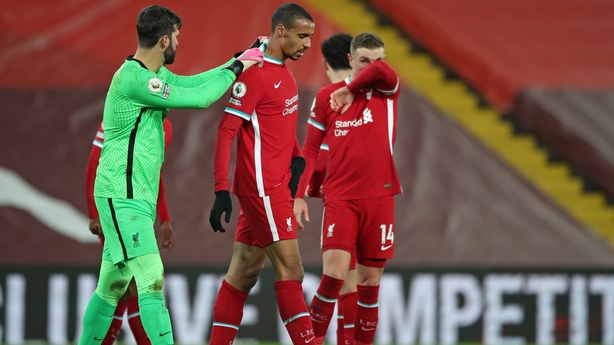 Van Dijk is Liverpool's third senior centre-back likely to miss the remainder of the season with Joe Gomez already ruled out with a knee injury and Joel Matip the latest after scans on ankle ligaments at the weekend ended his participation prematurely.

It is why the club made a last-minute dip into the transfer market to sign Davies from Preston for an initial £500,000 and bring in Schalke's Kabak.

"At the moment we are without our first four centre-back choices and only one of them will come back in the next weeks and that is Fabinho - and he is a six," added Klopp.

"Our problem is always if one more thing happens then we don't know what to do. It is not perfect, the January window is not my favourite window.

"We have solutions here and now we have more options. For both players it is a big chance and for us as well."