Liverpool have signed Schalke's Turkey central defender Ozan Kabak on loan until the end of the season, subject to international clearance.

The Premier League champions have paid an initial £1m loan fee with the option to buy for £18m at the end of the season.

Kabak completed the formalities of the switch in Germany and will travel to Merseyside later this week.

The 20-year-old arrives at Anfield after two years in the Bundesliga, where he represented Stuttgart before joining Schalke in July 2019.

He previously gained Champions League experience at Galatasaray and has won seven caps for Turkey.

Ben Davies is also off the Premier League giants after completing his move from Sky Bet Championship club Preston on Monday night.

The initial fee believed to be in the region of £500,000, plus structured add-ons.

Davies told Liverpoolfc.com: "I'm obviously delighted to be here. It's a huge opportunity.

"Obviously it came as a bit of a surprise when it first came but once you start to get your head around it, the opportunity that is in front of me is incredible.

"I'd be silly to not make the most of it and learn off the players [at the club].

"I've never actually been to Anfield and I haven't had a look around yet. I had a quick look out and had a look at the pitch and it looks like carpet, which obviously you'd expect.

"I haven't actually walked out of the tunnel yet, so I'm looking forward to that. Just to be in this kind of atmosphere is brilliant." 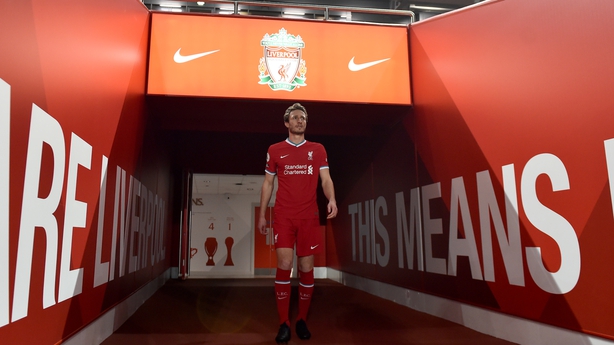 Davies graduated through the academy ranks at Preston and played 145 times for the Lilywhites, scoring two goals.

He also had loan spells at York, Tranmere, Southport, Newport and Fleetwood.

He said: "I want to come in and play games to start with, I want to get my foot in the door and make myself a Premier League player rather than obviously a Championship player.

"And then take it from there really. I know we've got some top players here and players I can certainly learn from.

"Once you get your foot in the door then you're here as well. Hopefully I can take my chance and then move forward with it.

"I'm looking forward to coming in and playing in front of everyone and showing everyone what I can do. I'm sure a lot of fans and people don't know [me], or haven't even seen me play.

"It's definitely an exciting time and I think they'll quite enjoy watching me when I'm playing well."

Preston will benefit from a 20% sell-on clause on any profit Liverpool make on any further transfer of Davies and also any England appearance.

North End will also get the 19-year-old defender Sepp van den Berg on loan for free, with the first option for a loan next season should he start a certain percentage of matches in the current campaign.