Republic of Ireland international Izzy Atkinson has completed a move from Shelbourne to Celtic.

The versatile wide player has established herself as one of the most exciting talent in the Women;s National League over the last three years.

Still only 19, she makes the move to the Scottish Women's Premier league where she'l link up with compatriot KeevaKeenan. 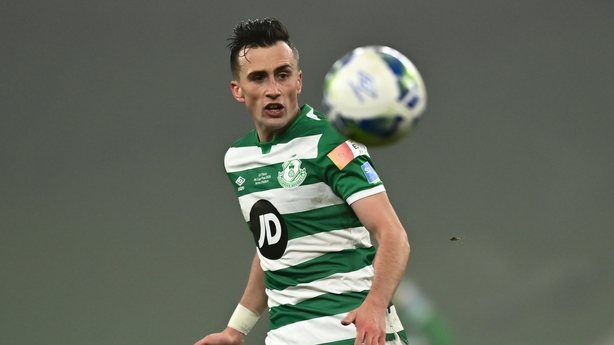 The 25-year-old has signed a two-and-a-half-year deal with the Jambos, who are currently top of the Scottish Championship.

In November, McEneff earned a first Republic of Ireland call-up, coming into the squad ahead of the Nations League game against Bulgaria.

"Aaron is someone that I’ve been looking at for the best part of four years and I’m delighted that we’ve been able to bring him to Hearts," said Hearts sporting director Joe Savage.

"He’s been one of Ireland’s standout players for a couple of years now, evidenced by his recent international call-up. I’m sure the fans are going to be excited by him; he’s really energetic, a box-to-box midfielder who can chip in with goals as well."

Give him a warm welcome, Dale fans! ??#RAFC pic.twitter.com/PIhCuC2AhL

Shaughnessy, a 24-year-old defender/midfielder, came to a mutual agreement for the termination of his contract with Leeds United and he will now link up with Brian Barry Murphy's entertaining side.

"There were a few clubs interested, but I had a really good conversation with the manager here about the way he plays," Shaughnessy told Rochdale's website. "I've watched a few games, seen the style of play, and it's really attractive football to me. It suits me as a player and how I like to play, so it was quite an easy decision."

Grant, 19, joined Sheffield Wednesday from Shamrock Rovers back in 2017 but moves on in search of more first-team opportunites.

"I'm excited to get going," he said. "My agent said to me a couple of weeks ago that Sheffield Wednesday were talking about a loan, but the gaffer here wanted a permanent deal, which I was all for. I'm really looking forward to working with him.

"I think I can develop a lot here, to be honest. I want to get as many minutes as I can and hopefully kick on."