Having been part of the England side that reached the 2018 World Cup semi-finals, things have gone awry for a variety of reasons over the past 18 months or so and the 28-year-old has often found himself on the outside looking in.

Lingard has made just three appearances in all competitions for United this term, but the attacking midfielder will get the chance to kick on for the remainder of the season at West Ham.

Lingard had his medical on Friday afternoon ahead of joining the Hammers on loan and Solskjaer says he is still valued at Old Trafford.

"We want Jesse to come back here revitalised and having shown at West Ham how good a player he is, of course," the United boss said of Lingard, whose contract was recently extended until 2022.

"He's just been unfortunate with a couple of issues – some periods that he had to stay away from us with the Covid and isolation, with the close contact.

"The rest of the team has done well. We’ve had little to no injuries and he’s not forced his way into the team, unfortunately.

"I just want him to go there and enjoy himself, show how good a player he is and come back. He a Man United player through and through." 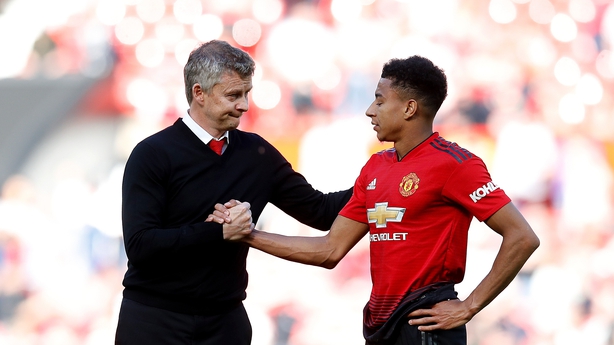 The attacking midfielder is set to be followed out of Old Trafford by Marcos Rojo, who made just 17 appearances for the club after signing new and improved terms with the club in March 2018.

The defender is out of contract this summer and understood to be on the brink of joining Boca Juniors, but Solskjaer expects out-of-favour goalkeeper Sergio Romero to see out the remaining months of his contract at United.

"Likely that Jesse’s loan deal with West Ham is going through, likely that Marcos goes back to Argentina," the Norwegian said. "Little bit of paperwork left to be done, I think.

"Sergio, I’ve not heard anything there apart from that he’ll be with us for the rest of his contract."

Timothy Fosu-Mensah left for Bayer Leverkusen this month and Odion Ighalo’s loan from Shanghai Shenhua ended, while Facundo Pellistri is in line for a loan switch as Solskjaer shapes his squad for the second half of the season.

Talented teenager Amad Diallo has arrived from Atalanta but will link up with United Under-23s on Saturday rather than the first-team, who travel to Arsenal looking to bounce back from the shock home loss to Sheffield United.

"Of course you analyse the games as you normally do," Solskjaer said.

"I think a lot has been made of it, of course, because it was top against bottom but that’s the Premier League.

"I think people show a lack of respect for Sheffield United as well because they’ve been unlucky this season and this game they got what they have deserved so many times earlier.

"They’ve got players who can hurt you, an organisation that has worked for them for years with Chris (Wilder) and we disappointed, of course. A setback.

"But when you don’t hit your level in the Premier League against any opponent you’re asking for a tough game and we got one. Unfortunately, we just couldn’t work it out during the 90 minutes."

Solskjaer is expecting a tough game against improving Arsenal, where Eric Bailly and Anthony Martial should be involved after knocks.

The United boss has checked on the mental wellbeing of Martial and Axel Tuanzebe after they were subjected to sickening racist abuse on social media after the midweek loss to the Blades.

"It’s disgusting and the players and everyone… we’ve spoken to each other, of course, and they’re fine, to put it that way," Solskjaer said.

"They’re not Man United fans in my head anyway when this happens. We’re all standing behind every single one of our players."