Republic of Ireland midfielder Conor Hourihane marked his Sky Bet Championship debut for 10-man Swansea with a late equaliser against Brentford that sent his side second in the table.

Hourihane, on loan from Premier League Aston Villa, struck with a 78th-minute free-kick to claim a 1-1 draw in an eventful conclusion to the game at the Liberty Stadium .

Tariqe Fosu-Henry had headed the visitors into a 1-0 lead five minutes after Swans defender Kyle Naughton's 69th-minute dismissal for a second bookable offence, but the Welshmen refused to throw in the towel and emerged with a hard-fought point. 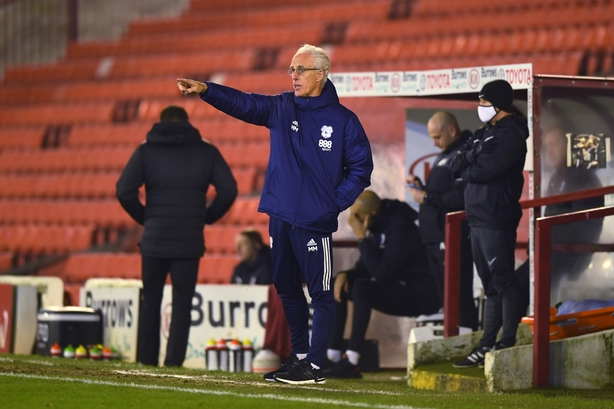 Kieffer Moore's second-half equaliser ended Cardiff's six-game losing run as they fought back to earn a 2-2 draw at Barnsley in new manager Mick McCarthy's first game at the helm.

Defender Mads Andersen got the home side off to the best possible start when he headed them in front from Dominik Frieser's 20th-minute cross, and the home side looked to be firmly in the driving seat when Cauley Woodrow doubled their advantage seven minutes into the second half.

However, Sheyi Ojo's 58th-minute strike dragged the visitors back into it and Moore levelled 10 minutes later with a close-range header from Joe Ralls' corner.

Middlesbrough's hopes of forcing their way into the promotion mix were dealt a blow when they were beaten 3-0 by lowly Rotherham at the Riverside Stadium.

Boro, who had lost their previous two home games against Birmingham and Blackburn 1-0, fell behind once again when Matt Crooks struck in the 43rd minute.

Their woes deepened 11 minutes from time when, after defender Michael Ihiekwe had been fouled by keeper Marcus Bettinelli, Michael Smith made it 2-0 from the penalty spot.

The Millers completed a fine night's work in stoppage time when Ryan Giles added a third goal to wrap up a vital win.

The Sky Blues pick up all three points thanks to goals from Viktor Gyokeres and Jamie Allen!

Goals from Viktor Gyokeres and Jamie Allen eased Coventry further clear of the drop zone as they beat Sheffield Wednesday 2-0.

The deadlock was broken 12 minutes after the restart when Gyokeres scored after running on to Callum O'Hare's through-ball.

O'Hare was the provider once again as the Sky Blues wrapped up the points in the 90th minute courtesy of substitute Allen's strike. 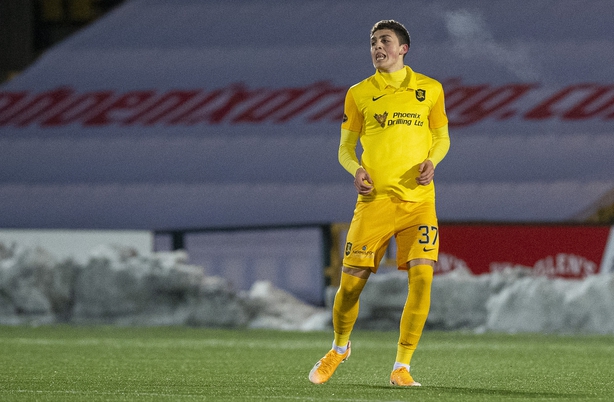 In Scotland former Shelbourne man Jaze Kabia notched his first ever goal for Livingston to help them earn a 2-0 win against Kilmarnock.

A late double salvo proved enough to secure a 2-0 triumph and extend their unbeaten run in all competitions to 12 matches.

A stodgy encounter appeared destined to end in stalemate until 20-year-old Kabia struck after 87 minutes.

With Killie rattled, the tireless Scott Pittman, celebrating his 250th outing for the club, almost immediately rippled the net to make the points safe.

The result - which could have been more handsome, given Jon Guthrie struck the bar in the first half - sees the West Lothian outfit move to within five points of fourth-placed Hibernian with a game in hand.