Arsenal manager Mikel Arteta was "very disappointed" that his dream of retaining the FA Cup was ended with a fourth-round exit at Southampton.

The Gunners have lifted the trophy a record 14 times but were deservedly beaten on the south coast as a Gabriel Magalhaes own goal saw Saints advance with a 1-0 victory.

Arteta made seven changes to his side and was without captain Pierre-Emerick Aubameyang for personal reasons.

Those who came into the side struggled to make an impact, leaving the Spaniard unhappy to be bowing out at such an early stage of their FA Cup defence.

"I'm very disappointed because we wanted to continue in the competition, we had a dream to do it again like last year and the dream today is over," he said. 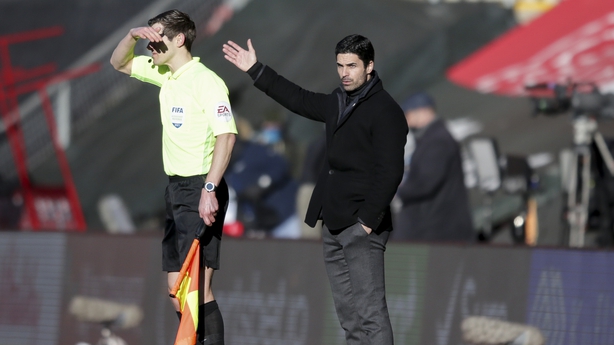 "I am as well disappointed with the way we conceded the goal in an area where we know we shouldn't be doing that.

"At the same time I cannot fault the effort of the players, how they tried and how they went to get a goal in the second half."

Club-record signing Nicolas Pepe and summer arrival Willian came into the team having failed to impress so far this season.

Neither could take the game by the scruff of the neck but Areta defended the pair.

"What I am saying is they try to give their best," said Arteta.

"You could see how hard they are trying, with more or less quality, but the intention is there and the willingness is there.

"This is what we demand them to do. And after the decision making, the final pass, the final goal, the opportunities they have, it is the end product and that's the hardest thing in football.

"I hope so (that it is only a matter of time before it starts clicking for them). We are going to keep supporting them as much as we possible can, as a coaching staff and as a club because that is what they need.

"They need to keep working hard and try to improve their performances."

Arsenal return to St Mary's in the Premier League on Tuesday night and Arteta revealed he is unsure whether Aubameyang will be available, having left the team hotel hours before kick-off.

"I don't know," he replied when asked about Aubameyang's potential involvement.

"He needs to address that issue, we'll see how it evolves. We're here and we have to support him and
he needs to take the time that is needed because that is a priority at the moment." 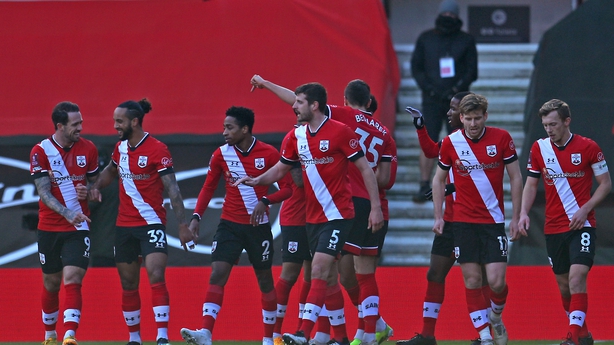 For Southampton, this was a first FA Cup win over Arsenal and sets up a fifth-round trip to face Premier League rivals Wolves.

They should have won the game by more but manager Ralph Hasenhuttl was pleased to see his side advance.

"First half we were very good I think, after a few problems in the beginning with the pressing and we had to adjust it a little bit," he said.

"With the ball we had a few good moments and the decision making wasn't always the best, otherwise we could have scored a little more.

"This is the FA Cup and this season we are in a better place in the table, we are not in a relegation battle, so we don't have to rest any players. The league is on Tuesday and this was the FA Cup.

"For the fans at home it is always good for them to see that we take it seriously and we wanted to go through to the next round, we are there and we will try everything."