Frank Lampard has told his Chelsea players to forget the Premier League title race and fight their way back into the top-four battle.

The Blues boss hailed second-placed Leicester as genuine title contenders ahead of Chelsea's trip to the King Power Stadium on Tuesday.

The former Chelsea and England midfielder admitted however that the Blues can ill afford to dream of their own title challenge, given they sit eight points off the top down in seventh place.

"We can’t consider too much the race as it stands, instead we have to consider ourselves – consider can we get a result against Leicester who are a competitor up there," said Lampard.

"And then see can we get wins together that will propel us back up to where we want to be.

"But the race is relatively open, especially in comparison to recent years I suppose.

"Leicester are in the race for sure, the way they are playing and the results they’re getting and their position in the league.

"We managed to get above Leicester at the back-end of last season, but it was a big ask for us.

"They are a very good team, with very good individuals, we know that, and a really good manager in Brendan Rodgers. 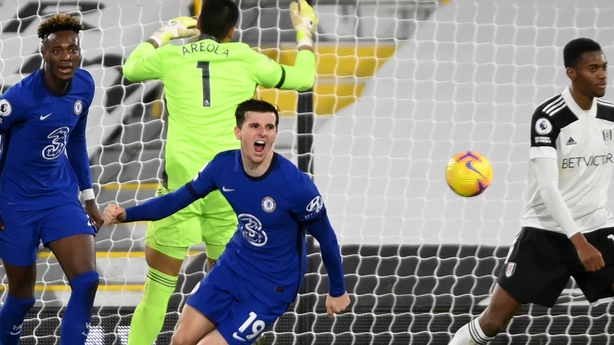 Chelsea ground out a 1-0 victory at 10-man Fulham on Saturday night, for just their second win in seven Premier League matches.

Lampard hopes the manner of that battling triumph can boost confidence and set his side back on a winning run, that would in turn ease pressure on his position.

But asked whether Chelsea can force their way back into the title picture, the 42-year-old insisted it is too early to tell.

"The reason I say about the title race is because I don’t want to look that far ahead," said Lampard.

"There is no reason to say whether we will get back into it or not at the moment.

"We just need to consider the games in front of us and try to win them, to push ourselves steadily up the table.

"We are not in a bad position, we have had a bad short period of form and if we can put wins together this month then the picture will change very quickly – as it has done already this year in so many ways."

Midfielder Danny Drinkwater has joined Turkish club Kasimpasa on loan until the end of the season, while defender Fikayo Tomori is understood to be edging closer to a temporary switch to AC Milan.

Lampard insisted any loan deals this month are solely organised to best suit the players and the club, and not to create space for new arrivals.

"I think it is great for Danny to leave and go and play, to try and get some games," said Lampard. "With Fikayo, we will see.

"I am not concerned with getting players out to bring some in at this point.

"I am trying to make sure the balance of the squad is right and if players do move on and that’s beneficial for them and our squad, I see that as a positive."