Phil Neville has been appointed as the new boss at Major League Soccer outfit Inter Miami.

The news comes after an announcement from the English FA earlier on Monday that Neville was stepping down as England Women head coach with immediate effect.

Inter Miami are co-owned by Neville's former Manchester United and England team-mate David Beckham, who is also his fellow co-owner of League Two side Salford.

Neville said in a statement on Inter Miami's official website: "I am incredibly delighted for this opportunity to coach Inter Miami and to work with Chris (Henderson, the club's new chief soccer officer and sporting director) and the entire ownership group.

"This is a very young club with a lot of promise and upside, and I am committed to challenging myself, my players and everyone around me to grow and build a competitive soccer culture we can all be proud of.

"This fantastic soccer-loving market deserves consistent performances and a winning mentality, and I look forward to getting to work."

The club had confirmed the appointment of former USA midfielder Henderson shortly before announcing Neville's.

Beckham said: "I am very happy with the leadership group we have established to lead the team as we turn the page following our inaugural season and look forward to having Chris and Phil join us soon.

"I have known Phil since we were both teenagers at the Manchester United academy. We share a footballing DNA having been trained by some of the best leaders in the game, and it's those values that I have always wanted running through our club.

"Phil has deep experience in football, as a player and as a coach at both club and international level, and over his career he has worked with many of the finest managers and players in the game.

"I know his qualities as a person, his decency, loyalty and honesty - and his incredible energy and work ethic. Anyone who has played or worked with Phil knows he is a natural leader, and I believe now is the right time for him to join." 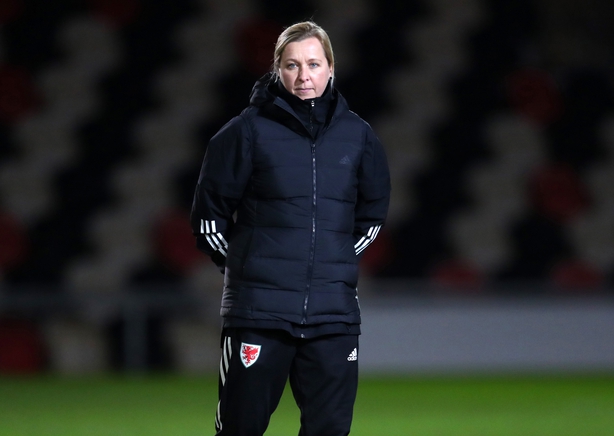 Meanwhile Jayne Ludlow has left her post as manager of the Wales women's team by mutual consent.

The former Arsenal midfielder had been in charge since October 2014 and guided Wales into the top 30 in the world rankings for the first time.

Ludlow said on faw.cymru: "My time as the national team manager has been an eventful and exciting journey. It has been an honour and an absolute pleasure to have worked with the staff and players across our age group and senior teams.

"There have been several highlights, including our first ever draw against England at Southampton and the magnificent victory over Russia in Newport in June 2018.

"It has been a fantastic learning environment for me personally and I am proud of what we have achieved over the last six years as a group of staff and players, whom I want to thank.

"I am looking forward to the next challenges, one of which is an exciting opportunity I have to be part of a technical leadership team at FIFA. I wish the squad well in the future and I feel that qualification for a first major final is not far away."

The FAW will now start the recruitment process for a successor ahead of the start of the 2023 World Cup qualifying campaign in September.