Gavin Strachan revealed Celtic will have their self-isolating players and management staff back for next Wednesday's Scottish Premiership game at Livingston.

Injured defender Christopher Jullien's positive test for Covid-19 following the club's return from a controversial training camp in Dubai saw 13 other first-team players having to self-isolate along with manager Neil Lennon and assistant John Kennedy.

First-team coach Strachan was in charge of a makeshift Hoops side against Hibernian at Parkhead on Monday night, when the visitors scored a late equaliser in the 1-1 draw, and he will be again the main man in the technical area for the visit of Livi on Saturday, who go to Parkhead before hosting the Bhoys four days later.

Strachan, who revealed the latest round of tests at the club had all returned negative, said: "As I understand it, I think it is Monday that they [Lennon and Kennedy] are back in.

"I think we have some guys back in on Sunday, and some back in on Monday, as I understand it.

"They will be assessed in terms of their fitness because they have been off for a little while but they should be available for selection.

"Everyone that was involved on Monday against Hibs and who was in here [Lennoxtown] training during the week have all returned negative tests." 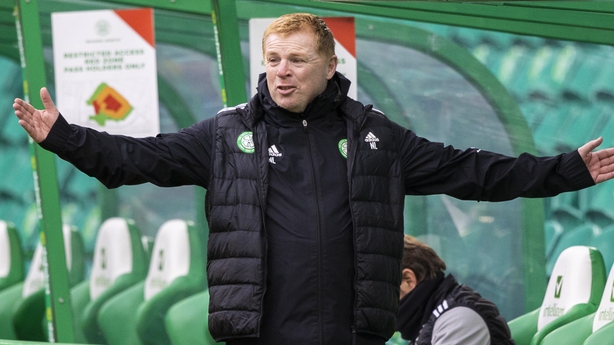 Scott Robertson, 19, will be added to the squad, which already contains several other youngsters, after a loan spell at Gillingham.

Strachan, son of former Celtic manager Gordon Strachan, said: "Scott Robertson is back in. His loan at Gillingham has been ended so he has come back into the fold.

"He is another one, good player, good character, who has come back in. He is still a young lad but he played nearly 20 games for Gillingham so he is primed and ready to go.

"But for the most part it is going to be the same guys who were there on Monday.

"It has been a steep learning curve for most of them.

"But hopefully as their careers progress it turns out to be a positive experience for them, being around the first-team environment, seeing what the demands are, seeing the processes we work to and hopefully they can develop."