Barcelona booked their place in the final of the Spanish Super Cup after overcoming the absence of injured Lionel Messi to beat Real Sociedad 3-2 in a penalty shootout following a 1-1 draw after extra-time.

Sociedad's Mikel Oyarzabal, Willian Jose and Jon Bautista had failed to score their kicks after the Basque side came close to finding a winning goal in a thrilling period of extra-time following an unremarkable 90 minutes.

De Jong headed Barca in front in the 39th minute after nice link-up play between Martin Braithwaite and Griezmann but the Dutchman committed a handball early in the second half and Sociedad's Oyarzabal levelled from the spot.

Holders Real Madrid meet Athletic Bilbao on Thursday in the other semi-final of the competition, which is being held across southern Spain after initial plans to play it in Saudi Arabia were wrecked by the coronavirus pandemic. 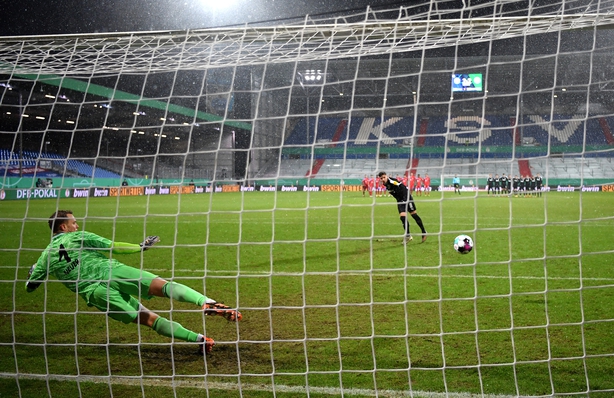 Holders Bayern Munich twice gave up a one-goal lead before crashing out of the German Cup 6-5 on penalties to second tier Holstein Kiel on Wednesday following a 2-2 draw after extra-time in the second-round match.

Both sides converted all five spot kicks before Bayern's Marc Roca had his effort saved and Fin Bartels slotted in the winning penalty.

The Bavarians went ahead through Serge Gnabry in the 14th minute and Thomas Mueller should have doubled the lead when he fired over the bar from three metres out.

"We lost to the underdogs Kiel and they did everything they could," Mueller said. "We had chances in the first half. But we made mistakes and Kiel punished us.

"They were very efficient but we should have won the game. We are out and it is bitter. It is difficult to say we did not invest everything. That's positive but it is frustrating to be eliminated." 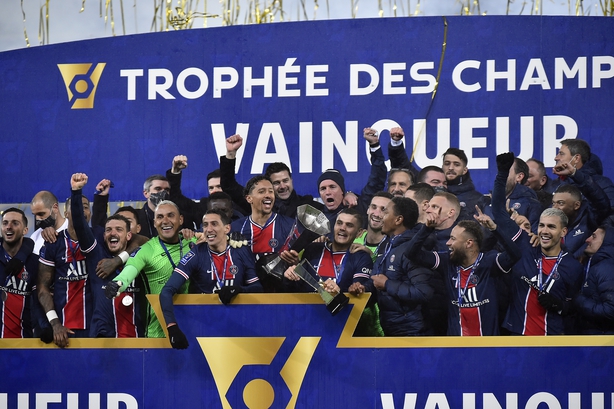 Mauricio Pochettino has won his first trophy as a manager in his third game in charge of Paris St Germain.

The 48-year-old former Tottenham boss only replaced Thomas Tuchel at the French club earlier this month.

Yet Pochettino has done what he could not do at Spurs and claimed silverware, after PSG beat Marseille 2-1 to win the Trophee des Champions for an eighth year in a row.

Mauro Icardi scored the opener in the 39th minute before Neymar's penalty five minutes from time sealed the win, with Dimitri Payet netting a late consolation.