Fulham's fury at having to play Tottenham at just 48 hours notice may have been misplaced as they earned a deserved 1-1 draw.

After Spurs' game with Aston Villa was postponed, the Premier League quickly rearranged this match with the Cottagers, which was originally due to be played on 30 December, and Scott Parker described the decision as "scandalous".

It looked like his grievances had foundation as Spurs dominated the first half and led through Harry Kane’s first-half header, before a spirited second-half showing from Fulham was rewarded with an Ivan Cavaleiro leveller 16 minutes from time, earning their fifth successive draw as Parker looks to have found a style that could keep his side up.

For Tottenham this was the same old story – a game of early domination, missed chances and ultimately dropped points.

That is six points lost from winning positions just at home this season and that will likely cost them any real shot at the Premier League title.

Despite his pre-match protestations, Parker was still able to name 10 of the players that played in their last Premier League game back on St Stephen's Day despite the club's coronavirus outbreak. 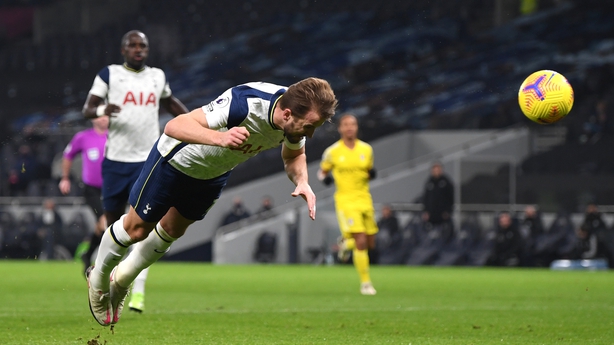 They arrived in north London without a defeat in their last four league games where they tightened up at the back significantly.

But it was clear from early on that they would struggle to keep Spurs quiet as the hosts enjoyed some early chances.

Right-back Serge Aurier was enjoying a particularly fruitful night as he was the creator of three brilliant opportunities.

First he crossed for Sergio Reguilon, who fired over at the second attempt, then laid the ball on a plate for Son Heung-min to see a shot saved by Alphonse Areola’s legs before again supplying the South Korean, who brought a flying save out of the goalkeeper.

But Areola could only keep Spurs at bay as they eventually made a 25th-minute breakthrough.

This time it was created on the left as Pierre-Emile Hojbjerg’s pass set Reguilon free and he delivered the most inviting cross for Kane, who obliged by sending a diving header into the bottom corner.

Kane then surprisingly put an even better chance over the crossbar from another Aurier cross before teeing up Hojbjerg for a golden opportunity only for the Dane to shoot straight at Areola.

Spurs struggled to play with the same verve as before the break but still looked the more likely to add to the scoreline as a surging run into the area by Moussa Sissoko was stopped at the last minute by Tosin Adarabioyo’s tackle and then Areola was again called into action to claw away Harry Winks’ shot. 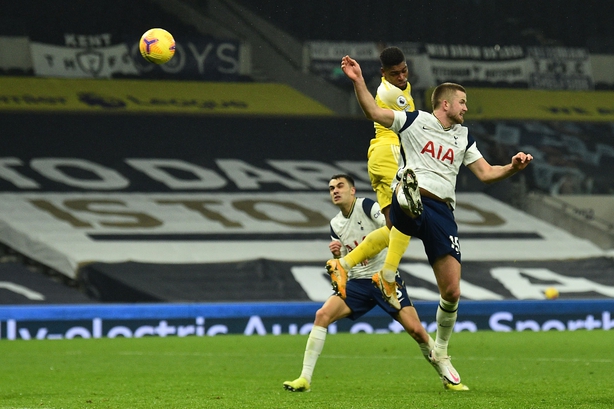 As Fulham pushed for an equaliser Spurs sensed opportunities on the break and they had a big moment to make it 2-0 with 20 minutes left.

Son was put through on goal by Tanguy Ndombele for the sort of opportunity he has buried on many occasions this season, but this time he scuffed his shot and it hit the post.

Four minutes later the inevitable happened as Fulham got the equaliser.

Ademola Lookman had made an impact from the bench and he turned Davinson Sanchez before putting in a cross that Cavaleiro powered home.

Fulham were looking the most likely to win it as Hugo Lloris had to keep out Ruben Loftus-Cheek after he was played in by Lookman.

The visitors were grateful for a linesman’s flag that ruled out a late Reguilon effort for Spurs, but that would have been harsh on Parker’s men.