Celtic's plans for their Scottish Premiership clash with Hibernian tonight were thrown into chaos with manager Neil Lennon and a host of players having to self-isolate.

The Parkhead club have confirmed one player tested positive but all others and staff members were negative after being checked following their return to Scotland from a controversial training camp in Dubai on Friday.

However, boss Lennon, assistant John Kennedy and 13 first-team players have been deemed to be close contacts of the infected player – revealed to be French defender Christopher Jullien – and will also go into self-isolation which leaves the club left to cobble together a team for the visit of Hibs.

Foreign training camps are within the rules for professional sports but Scottish First Minister Nicola Sturgeon last week questioned whether Celtic had been adhering to social distancing guidelines after seeing photos from their hotel.

After hearing about the Covid-19 developments at the Parkhead club, she said: "As I have said before I do have doubts based on how the club itself described it, doubts about whether the club's trip to Dubai was really essential.

"And I had doubts based on some pictures I saw over whether adherence to bubble rules was strict enough.

"Celtic now have a positive case and another 15 playing and coaching staff are being required to isolate.

"It is for the football authorities to decide whether any further action is necessary.

"But this who episode should underline the situation we are in right now is, and why everyone, including football, should be erring on the side of caution.

"I hope Celtic themselves will reflect seriously on all of this."

Kennedy admitted on Saturday that there had been "slip-ups with minor things" in Dubai and some photos maybe painted a "bleak picture".

Scottish Football Association chief executive Ian Maxwell believes the club may be considering the impact of their trip but was at pains to stress that Celtic were given approval by the Scottish Government for the trip through the elite athlete exemption.

"It is not our permission to give," he said, before adding: "They now find themselves in a position which they would not want to be in under any circumstances in terms of the positive case, the number of close contracts identified.

"It is fair to say that if Celtic had been at home they would still potentially have had one positive case but it would have been one player missing.

"And that is the danger of travelling abroad, there is a lot more inherent risk involved from a close contact perspective because the travel on planes and buses.

"So from that perspective I am sure Celtic are revisiting the requirement to go and the decision that they made to go, and that is something for them to reflect on, given the fall-out there has been." 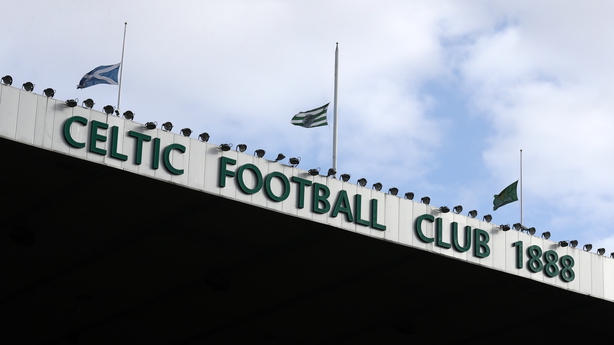 Celtic released a statement which read: "Celtic Football Club confirmed today that Christopher Jullien has tested positive for Covid-19 and is self-isolating at home. We wish Christopher a speedy recovery.

"While all of the other members of the squad and backroom team have tested negative, we have been informed by the authorities that, having been deemed 'close contacts', Celtic manager Neil Lennon, assistant John Kennedy and 13 first-team players will be required to self-isolate on a precautionary basis as required by the current regulations.

"The club would like to thank the Scottish FA, JRG and the Scottish Government for their assistance in managing this case.  Celtic will, of course, fulfil its fixture against Hibernian this evening."

"Clearly we are hugely disappointed, as we know our supporters will be," the statement continued.

"The contacts were identified during the period from Wednesday last week, primarily around flight and team coach travel, during which time Celtic applied the same rigorous protocols used for pre-season training camps, UEFA match travel and for all domestic match arrangements in Scotland.

"These protocols have served us well in the past, as the club has not had one positive case in our own 'bubble' until now.

"The reality is that a case could well have occurred had the team remained in Scotland, as other cases have done in Scottish football and across UK sport in the past week.

"As we have already stated, Celtic's decision to travel to Dubai for a training camp was for performance reasons."