Former Manchester City and England midfielder Colin Bell has died at the age of 74.

Bell made 492 appearances and scored 152 goals for City during his 13-year stay after joining from Bury in 1966.

A club statement read: "Colin passed away peacefully this afternoon after a short, non-Covid related illness, aged 74. He leaves behind wife Marie, children Jon and Dawn and grandchildren, Luke, Mark, Isla and Jack."

Known as Colin The King, in 2004 fans voted to name a stand inside the Etihad Stadium after him and his name is still sung regularly at matches.

City chairman Khaldoon Al Mubarak led the tributes, saying: "Colin Bell will always be remembered as one of Manchester City's greatest players and the very sad news today of his passing will affect everybody connected to our club.

Midfielder Bell was at the heart of City's successful side of the late 1960s and 70s.

Bell helped City secure promotion to the top flight in 1966 and was one of their stand-out players as they edged out Manchester United to win the First Division title two years later. 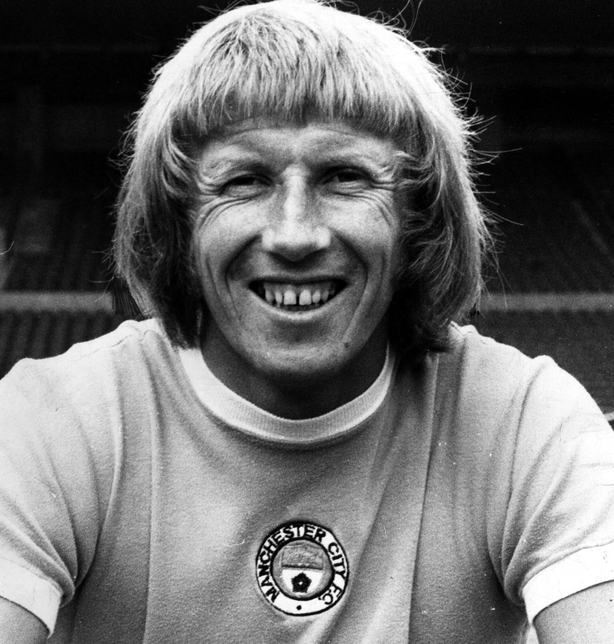 FA Cup success followed in 1969 as well as two more trophies in 1970 - the League Cup and the European Cup Winners' Cup. Bell was the club's top scorer three times.

Born in Hesleden, County Durham, Bell also won 48 England caps, and was part of the 1970 World Cup squad in Mexico.

Having been hurt in a tackle by Manchester United's Martin Buchan in November 1975, Bell saw his playing career ended prematurely by a knee injury as following an unsuccessful comeback, he retired in 1980.

We're deeply saddened by the news that Colin Bell, who won 48 caps for the #ThreeLions between 1968 and 1975, has passed away.

Summerbee said on the club's official website: "He was a huge star for Manchester City, but you would never have known it.

"He was quiet, unassuming and I always believe he never knew how good he actually was. He was just the greatest footballer we have ever had.

"Kevin De Bruyne reminds me a lot of Colin in the way he plays and the way he is as a person."

Former England international Summerbee added: "He was adored by the City fans and for our supporters to say he is the best they have ever seen, you don't get a better compliment than that, do you?

"He was very special and he will be very sadly missed."

Tributes to Bell will be paid at City's Carabao Cup semi-final tie against rivals Manchester United at Old Trafford on Wednesday night, with players set to wear a retro number eight shirt.