Tottenham Hotspur's Moussa Sissoko and Son Heung-min were on target to help their side beat Championship club Brentford in the League Cup semi-final and set up a clash with Manchester United or Manchester City in April's showpiece.

Fellow London side Brentford, playing in their first semi-final in a major cup competition, started brightly but fell behind in the 12th minute when unmarked French midfielder Sissoko headed in a fine Sergio Reguilon cross from the left.

The visitors thought they had drawn level after the break when striker Ivan Toney headed home but the goal was disallowed for a very tight offside, which was spotted by VAR.

Spurs responded to that let-off with South Korean forward Son collecting a fine pass from Tanguy Ndombele and bursting goalwards before slotting past keeper David Raya to make it 2-0.

Second-tier Brentford's disappointment was compounded when Josh Dasilva was sent off six minutes from the end for an over-the-top challenge on Pierre-Emile Hojbjerg. 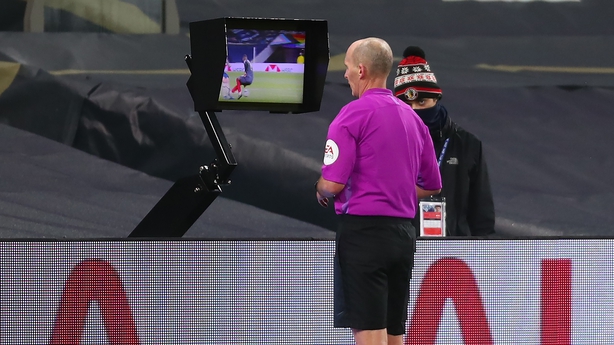 Spurs are looking for their first trophy since 2008 and will meet United or City, who meet in the other semi-final at Old Trafford on Wednesday.

This was all about Spurs and their quest to finally win some silverware.

Mourinho does not lose semi-finals in this competition and his team selection against the Championship side showed that he was not prepared to risk it here as a strong spine of a team was spearheaded by Harry Kane and Son in attack.

And that team selection was rewarded as Spurs took a 12th-minute lead, from an albeit unlikely source.

They worked the ball out to the left and Reguilon, back in the side after his coronavirus rule-breaking indiscretion, delivered an inviting ball into Sissoko, who planted a header into the top corner. 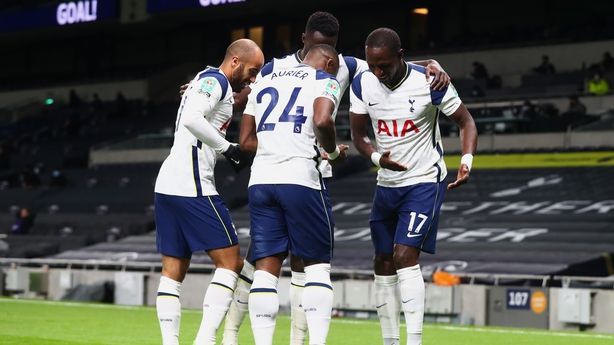 It was the Frenchman's first goal since December 2019 and came via his first on-target effort of the season.

Spurs were happy to concede possession to Thomas Frank's side but they were the ones who looked like adding to their lead.

Son brought a flying save out of David Raya with a curling shot from the edge of the area and then the Brentford goalkeeper clawed away Lucas Moura's deflected header from Son's corner.

Although they dominated possession in the first half, Brentford rarely looked like scoring, but they got their first opening shortly after the restart.

Bryan Mbeumo got in behind Davinson Sanchez, wriggled free in the penalty area where he might have gone down, before teeing up Ivan Toney, but the in-form striker was denied by a heroic block from Serge Aurier.

It was an eventful couple of minutes for the right-back as moments later he found himself bursting into Brentford's area and the ball fell to him in a great position, but he lost his composure and fired over.

Those missed chances looked to have cost Spurs as Brentford thought they had drawn level just after the hour. 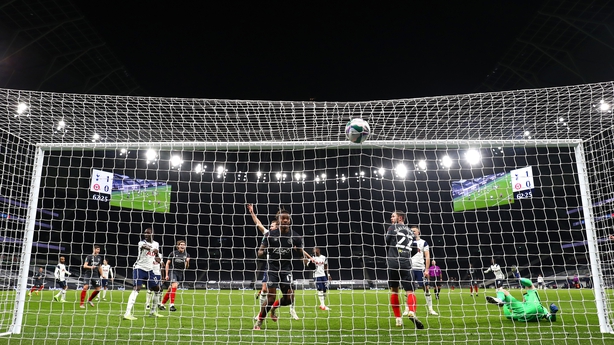 The hosts failed to clear a corner and Toney headed home from close range only for VAR to rule him marginally offside.

Tottenham made the most of their reprieve as they finally doubled their lead seven minutes later.

Hojbjerg won the ball back, Kane fed Tanguy Ndombele who played in Son and the South Korean made no mistake with an emphatic finish.

It was his 16th goal of the season and put one foot back on Wembley Way for Spurs. 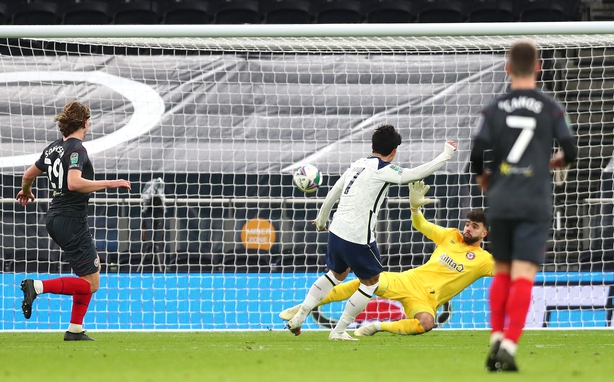 They went for the kill as Kane was denied by a fine save by Raya and then Ndombele hit the post from an acute angle.

Brentford's night ended on a sour note as they were reduced to 10 men in the final 10 minutes as Dasilva walked for a horror challenge on Hojbjerg, who left the pitch with a nasty gash on his shin.