Pochettino was unveiled before the press after signing a contract at the Parc des Princes until the summer of 2022, with the option of a further year.

It is the 48-year-old Argentinian's first job since leaving Tottenham in November 2019, little more than five months after leading Spurs to the Champions League final.

"I think every single club is different," Pochettino said ahead of his first game on Wednesday, PSG’s Ligue 1 trip to St Etienne.

"Paris St Germain is one of the biggest clubs in the world and, of course, Tottenham is too as well.

"It is an amazing club and we have unbelievable memories from there.

"It is difficult to compare because we are in France and Tottenham is an English club.

"It is difficult to be objective with Tottenham, because it is still in our hearts and we love Tottenham. It is a relationship that is never going to stop.

"We are always going to think about the club, but now I think it is time for us not to compare and to be 100% focused on Paris St Germain."

With the transfer window now open, Pochettino has already been linked with a host of stellar names. 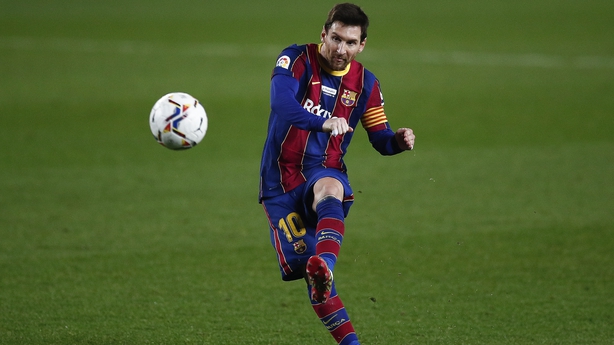 Barcelona superstar Lionel Messi is supposedly on his shopping list as are two of his former Tottenham players, Christian Eriksen and Dele Alli.

Eriksen’s move to Inter Milan this time last year has not worked out as well as the Denmark playmaker would have hoped, while England midfielder Alli has found game-time difficult under Pochettino’s Spurs successor, Jose Mourinho.

"Any big player in the world, I think, is always welcome at Paris St Germain," Pochettino said.

"But I don’t need to speak about rumours. The reality is we have just arrived and we are working hard with the players who are available and the players who need to get back from injury.

"Of course Leonardo (PSG sporting director) is in direct contact with us. Paris St Germain is a club with direct structures in place and always keeping an eye on a wide range of players."

Addressing the coronavirus pandemic, Pochettino – who played for PSG between 2001 and 2003 – said: "It is a difficult time for everyone, we are all finding it difficult to adapt.

"We are all suffering globally but, with all the ingredients in place, we will make the best decisions for the club and for the team.

"Since we arrived in Paris on 2 January it has been a crazy period for us, trying to adapt to a new club.

"We have had a lot of meetings and training sessions to prepare for the first game.

"But I know what Paris stands for. Santa Claus was generous with me to get me back here.

"It is a chance for me to fulfil a dream by rejoining the club where I played 20 years ago.

"We are very aware there are huge demands here as it is one of the biggest clubs in the world.

"We have worked with top footballers in the past and it is a big challenge to be here."