Ole Gunnar Solskjaer says winning the Carabao Cup would be a "very, very big step" for Manchester United as his side look to make it fourth time lucky in Wednesday's semi-final against Manchester City.

United lost to Pep Guardiola’s men in the final four of the competition last season, before going onto lose in the semi-finals of the FA Cup and Europa League.

"We’ve developed a lot in the last six months, last 12 months since the last semi in the Carabao Cup, so of course it’s not just learning to win semis.

"We’ve also earned the right to feel we can go all the way with our performances.

"We are confident, we are going into the game with good form, so there’s no excuses."

Solskjaer won medals aplenty during his playing days at Old Trafford but has yet to pick up silverware since taking over as manager in December 2018.

"Of course, you play football to win," the United boss said.

"You play football to win trophies, to get your hands on a trophy – even though when you win that trophy you move on to the next one.

"But it gives you hunger to get more, so of course the squad is focused, we’re ready to give it a go. I think we’ve prepared well for this game." 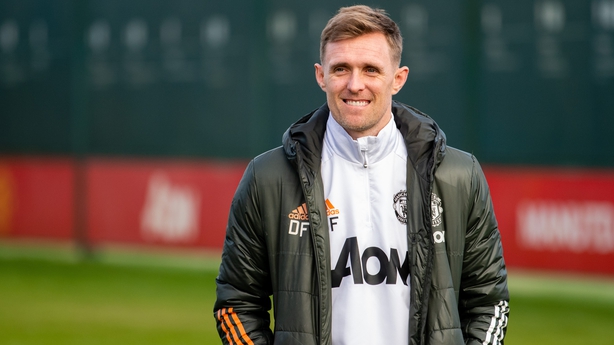 United – who are only without suspended striker Edinson Cavani and injured defender Phil Jones against City – made an addition to their coaching team this week, with former midfielder Darren Fletcher becoming first-team coach.

"He’s got the Man United DNA and there was a spot open because Mark Dempsey has moved to the academy," Solskjaer said. "We felt he was so valuable there, he’s been brilliant in the academy and helping out.

"Then when this opening came, Darren has been away from the club a few years but then he’s come back doing coaching with the 16s and with his experience of being here through both successful and difficult times, we felt it was right now for Darren to come in and give us that input."

The semi-final comes hot on the heels of England going into a third coronavirus lockdown, but elite sport has been given the green light to continue behind closed doors.

"Of course it’s a hard and difficult situation for everyone," Solskjaer said.

"Last year, since March until now, has been a testing time for everyone and we are privileged to be able to play football under the protocols that we are working under.

"But we know that we have to work hard to stay within the rules and guidelines and that we’re doing our best to keep the show on the road."