The 2021 Airtricity League Premier Division season is delayed until at least 19 March, with the First Division returning a week later, making the already significant break between seasons longer than ever.

These are uncertain times for all clubs. No supporters, no steady revenue streams and a lingering uncertainty surrounding when both will return.

On the bright side, the league is teeming with young talent that's well worth keeping an eye on over the next year. We picked out a player from every club in the Premier Division and First Division that could kick on further in 2021.

The silky Devoy is the latest easy-on-the-eye playmaker to come through the Bohs underage ranks. Keith Long nurtured his talent after the Meath man came home following a short spell at Watford aged 16. His progress since has been impressive. Long has praised Devoy's "game IQ" and he'll surely get more chances to take centre stage this campaign. 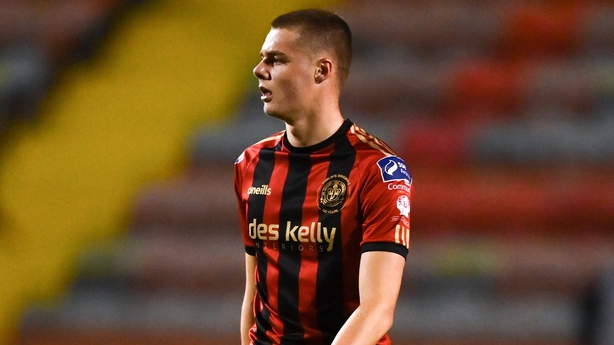 It's unbelievable to think Ferguson is still a year away from being legally allowed to drive a car - it feels like he's already been around for ages. Made headlines when he played for the first team in a friendly against Chelsea at the age of 14 and has long been on the radar of the top clubs in England and abroad. Brighton have won the race for his signature - Ferguson will head there in the summer, new Brexit-related transfer rules allowing. Catch him in the underage leagues or Premier Division while you still can.

*UPDATE: On Saturday 9 January, Bohs announced that Ferguson would be joining Brighton earlier than first planned. He has now made the move to Seagulls.

Having appointed former Brandywell favourite Paddy McCourt as head of the club's youth structures in 2018, Derry City are beginning to see the fruits of his work at that level. Ferry is part of a promising bunch knocking on the first-team door, and boss Declan Devine has high hopes for the frontman who he's described as "outstanding". 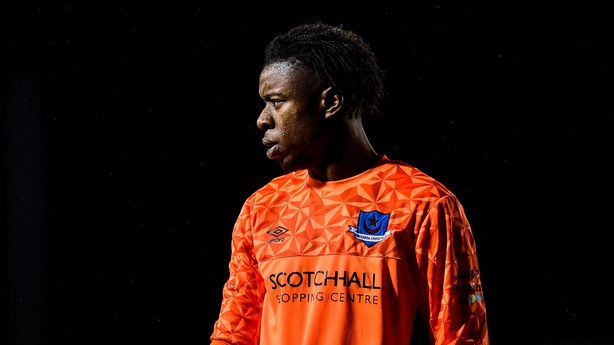 Nominated for this year's SSE Airtricity/SWAI goalkeeper of the year award, the Drogs took Odumosu from Dundalk where he'd been playing with the Under-19s. It's proved to be a very shrewd move, as his consistent excellence helped Tim Clancy's men to the First Division title. Agile and athletic, Odumosu has matured into a very capable stopper over the last 12 months.

Adedokun signed his first pro contract with the Lilywhites a year ago having impressed in their academy. Involved with the Republic of Ireland at U15 level, and knocking on the door of the Under-17s, he came off the bench in September's league meeting with Shamrock Rovers and has time on his side to break into Filippo Giovagnoli's first-team plans, though he'll probably need a loan move at some stage.

McCabe came to Longford from the Cavan-Monaghan U17 side that competes in the Airtricity League Northern Elite Division and played an important part in their promotion-winning campaign in 2020. He was named the midlanders' Young Player of the Year, scoring some big goals, including this classy finish against Wexford.

McCormack was instrumental for the Saints in their SSE Airtricity League U19 final victory against Bohs which saw him - alongside Kyle Conway, Kian Corbally and Josh Keeley - complete a trilogy of underage league wins with the club. The quartet were also part of the triumphant U15s and U17s teams. The Ireland underage international made his league debut in the September win against Shels and is highly thought of by manager Stephen O'Donnell.

The former St Kevin's Boys attacker became the youngest goalscorer in League of Ireland history when he netted for Shamrock Rovers II against Longford Town in their First Division clash last September. He's a wonderfully balanced runner with fantastic technical ability. PSV Eindhoven, Juventus and Inter Milan are all keeping a close eye on his progress. Zefi, who turns 16 in a month, has a huge year coming up.

Kavanagh got most of his minutes with the Hoops second team last term but the regular football only served to further enhance his reputation. A cultured playmaker, he's said in the past he tries to model his game on Wes Hoolahan. Crystal Palace are just one of the clubs said to be interested in taking him across the water.

The top scorer in the SSE Airtricity League U17 League, Kenny scored an astonishing four hat-tricks in six games. He also bagged a brace in the Under-19 Shield semi-final and four in the decider. He's yet to be called up to any of the Ireland underage squads but his elevation to that level looks inevitable. A born goalscorer. 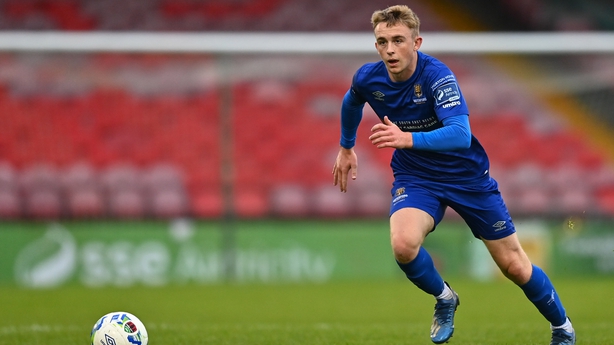 One of the shining lights in the Blues' title-winning Under-19 team in 2019, the versatile Power established himself in the first team in 2020. He's capable of operating at right-back or as a defensive midfielder and has another new manager to impress this term after the arrival of former Republic of Ireland Kevin Sheedy to the RSC was confirmed before Christmas.

A graduate of the Harps academy, Doherty endeared himself to Ollie Horgan with his appetite for hard work and desire to improve. He's signed on for 2021 with Harps hopeful he'll kick on further having made a dream debut all the way back in 2019, when he scored in a 2-1 EA Sports Cup win over Sligo Rovers.

The former Longford Town full-back fully forced his way into  Adrian Carberry's side in September and kicked on to string together a strong run of games. Carberry has had to put his faith in youth at the midlands club - winger Jack Reynolds is also just 18 years old - but it means the likes of Tlou will get every opportunity to further develop in a tough division. 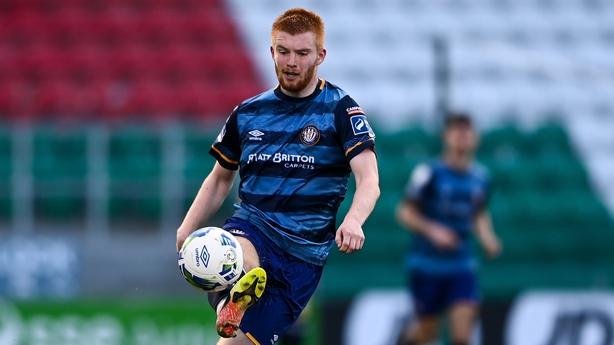 Lynch broke into the Seagulls first team last season as a 16-year-old and had a major impact, scoring six times. A busy, clever frontman, he's already proven he has goals in him at this level. There's a lot more to come.

Campion is one a few prospects that's come through Cabo's 'Green Line' academy pathway system in the last couple of years. Pat Devlin has already given him a taste of senior football, with the club promoting him up from the U19s for 2021 season along with Jack O'Reilly and Joe Hyland,

A member of the Republic of Ireland squad at the 2017 European Championships in Croatia, Walsh arrived from Waterford last year, establishing himself as a strong, reliable left-back. Conor Drinan, brother of Ipswich Town's Aaron, is another one to keep an eye on. He came to Cobh at the start of last season from Munster Senior League outfit Carrigaline United where he was a prolific goalscorer.

Scenes at Turner's Cross! Cork City are through to the second round of the FAI Cup thanks to some late, late magic from Ricardo Dinanga #watchloi #RTEsoccer pic.twitter.com/7AEdD3pYcL

In what was a difficult campaign for the relegated Leesiders, Dinanga gave them a rare moment of joy when he scored a brilliant solo goal towards the end of extra-time to sink Longford in the FAI Cup. A bag of tricks with loads of potential, boss Colin Healy is well aware of what Dinanga can do having nurtured his talent when he was head of the academy. It would be a surprise if he doesn't look to give him more opportunities.

John Caulfield snapped up the frontman from Bohs just before Christmas, after Kelly had scored for the Gypsies in their 2-1 defeat to St Pat's in the SSE Airtricity League U19 final. Kelly is back at his hometown club having played for the Tribesmen's first team in 2018 and 2019 before heading to Dublin for a year-long stint at Dalymount. A very good finisher who'll be aiming to fire Galway to promotion.

A pacy wide player with the willingness and and ability to take his man on, Cetiner had some eye-catching cameos for Shels towards the end of the campaign. Brian McManus, who arrived from Preston North End last July, is another to keep tabs on. The 19-year-old centre-midfielder has a sweet left foot and a good engine. 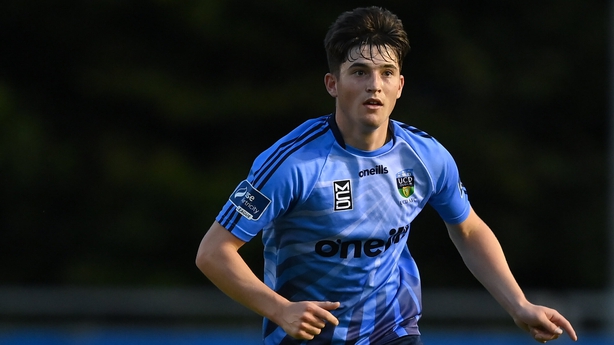 It's a year since Whelan joined the Students from Waterford, with whom he won the U19 league in 2019. He hit the ground running, forming a formidable partnership with Yoyo Mahdy. The pair scored 27 goals between them and that form saw him make this year's PFA First Division Team of the Year. UCD were unlucky to lose to Longford in the First Division play-off semi-final; they'll be among the favourites to get back to the top flight in 2021, though losing Mahdy to Shels was a blow.

The club's U19 Player of the Year caught the eye with Ferns United and Oylegate United before moving to Wexford, where his progress has been smooth. Casey, most comfortable at right-back, is expected to step up to the senior side this year. Striker Kieran Murphy, 19, and talented playmaker Evan Farrell, 17, are others highly rated.