The Uruguayan players' union has called for the Football Association to overturn its ban on Edinson Cavani and accused the English governing body itself of being racist.

The FA banned Manchester United and Uruguay striker Cavani for three matches on New Year's Eve for using a racial term in a social media post.

Cavani, 33, had replied to a message congratulating him for his match-winning display against Southampton in November with a post using the Spanish word 'negrito'.

The word translates as 'little black person'. It is commonly used as a term of endearment in Uruguay, and other Spanish-speaking countries, but it is considered offensive elsewhere.

The FA determined the post was "insulting, abusive, improper and brought the game into disrepute" in contravention of new rules adopted last summer.

It also said the post constituted an "aggravated breach" of rules as it "included reference, whether express or implied, to colour and/or race and/or ethnic origin".

Cavani himself said he deleted the post "as soon as it was explained that it can be interpreted differently" in other countries and apologised for any unintentional offence caused.

United stressed there was no racist intent behind the post but said Cavani had chosen to not contest the charge "out of respect for, and solidarity with, the FA and the fight against racism in football".

That has not stopped the Uruguayan football players' association speaking out on Cavani's behalf in a lengthy statement that is highly critical of the FA and its "arbitrary conduct". 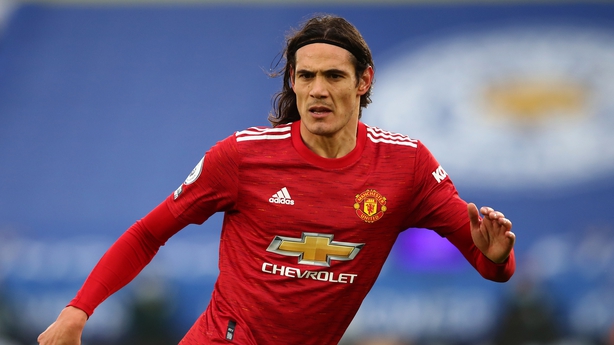 It read: "Far from condemning racism, the English Football Association has itself committed a discriminatory act against the culture and way of life of the Uruguayan people.

"The sanction shows the English Football Association's biased, dogmatic and ethnocentric vision that only allows a subjective interpretation to its particular and excluding conclusion, however flawed it may be.

"Edinson Cavani has never committed any conduct that could be interpreted as racist. He merely used a common expression in Latin America to affectionately address a loved one or close friend.

"To sustain that the only way to obtain a valid interpretation in life is that which lies in the minds of the managers at the English Football Association is actually a true discriminatory act, which is completely reprehensible and against Uruguayan culture."

The statement went on to defend Cavani's "impeccable character" and further attack the FA for expressing "ignorance and disdain for a multicultural vision of the world". It said the association was against "any kind of discrimination" and supported the "basis" for the FA's anti-racism rules but they were not "realistically applicable" in this instance.

It added of the ruling: "It has not just punished one person, but also our whole culture, our way of life, which is truly a discriminatory and racist act.

"We request the FA to immediately overturn the sanction imposed on Edinson Cavani and reinstate his good name and honour in the world that has been so unfairly tarnished by this reprehensible decision."

The statement was shared on Twitter by Uruguay and Cagliari defender Diego Godin and retweeted by international team-mate and former Liverpool striker Luis Suarez.

Suarez, who is now at Atletico Madrid, was himself banned for eight matches by the FA after being found guilty of racially abusing United's Patrice Evra in 2011.