Fulham's game with Tottenham has been postponed after a coronavirus outbreak at the Premier League club.

The Cottagers returned a number of positive test results on Tuesday and, after more came in on Wednesday, the Premier League decided to call the match off less than three hours before the scheduled 6pm kick-off.

It becomes the third top-flight game to be wiped out by the virus, following Newcastle's match with Aston Villa earlier this month and Monday’s game between Everton and Manchester City.

Fulham requested for the game to be called off after more of their players felt unwell, which the Premier League board sanctioned on Wednesday afternoon.

The entire Cottagers squad will now be retested.

The Premier League said in a statement: "Fulham lodged a request with the Premier League Board to rearrange the fixture following a significant rise in positive Covid-19 cases, as well as a number of players showing symptoms today.

"The Premier League Board has consulted its medical advisors and the decision to postpone the game has been taken as a precaution and with the health of players and staff as the priority. The group will now be retested immediately."

Despite the rising number of cases across the Premier League, the governing body says they intend to continue playing.

"With low numbers of positive tests across the overwhelming majority of clubs, the Premier League continues to have full confidence in its Covid-19 protocols and being able to continue to play our fixtures as scheduled," the statement added.

"The league wishes those with Covid-19 a safe and speedy recovery and will rearrange the postponed fixture between Tottenham Hotspur and Fulham in due course."

There had been speculation throughout Wednesday that the game might be called off.

Spurs boss Jose Mourinho indicated his frustration at the uncertainty in an Instagram post shortly after 2pm.

Mourinho posted a video on his account of his staff waiting waiting for news with a message which read: "We still don't know if we play. Best league in the world."

The video was filmed at 2.02pm – something the Portuguese made clear by showing the time in the corner of a TV screen in the room.

Tottenham's squad and staff, who had met at the club's nearby training base expecting the game to be on, were waiting for over 24 hours for clarity after reports emerged on Tuesday afternoon about Fulham’s situation.

The Cottagers did not have any dialogue with their London rivals over the issue.

Fulham said "a number of the club's players and first-team staff" have tested positive.

They said in a statement: "The club can confirm that this evening’s away fixture at Tottenham Hotspur has been postponed. This follows a number of the club’s players and first team staff returning positive results from the most recent Covid-19 tests this week.

"This decision follows discussions with the Premier League and advice from Public Health England.

"Those players and staff who tested positive have been self-isolating in line with UK Government and Premier League guidance.

"We wish the players and staff who tested positive a safe and speedy recovery." 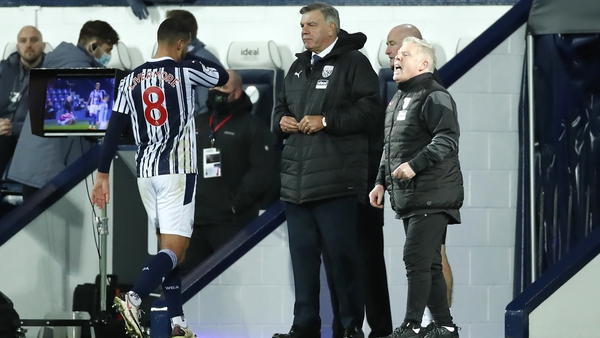