St Mirren boss Jim Goodwin has called for officials to be "brave" enough to award a penalty against Rangers should the occasion arise on Wednesday.

Steven Gerrard's side have yet to concede a spot kick in the Scottish Premiership this season but captain James Tavernier has scored six out of six – and three out of three in the Europa League – in their surge to 16 points clear of Celtic at the top, albeit having played three games more.

Hibernian boss Jack Ross claimed Willie Collum should have given his side a penalty in the 1-0 defeat by the Light Blues at Ibrox on St Stephen's Day.

Goodwin, whose side knocked Rangers out of the Betfred Cup this month with the help of a Jamie McGrath penalty, is hoping there is no reticence from Alan Muir or his assistants when the Gers return to Paisley, should the need arise to award a spot-kick for his team.

He said: "In any game you are in you need an element of luck, you need certain decisions to go in your favour.

"You need the referees to get the big decisions right on the day and be brave enough to make those decisions.

"There has been one or two instances where there have been penalties that haven't been awarded and you are hoping that those kinds of decisions don’t go against us tomorrow.

"I think I’m right in saying Rangers are the only team in the Premiership who haven’t had a penalty given against them and sometimes subconsciously it can play on the minds of officials.

"You just hope that if we are to have one of those decisions tomorrow that they go in our favour and the referees are brave enough to make the calls needed.

"So, of course, there is an element of luck involved but I don’t think we won the quarter-final by being lucky.

"I think Rangers made three or four changes to their starting 11 that definitely made it not be their strongest 11.

"I think my players deserve a great deal of credit for the way they stopped Rangers playing, got close to them, got in their faces, denied them time and space on the ball which denied them getting any real rhythm into their game and that’s what we need to do tomorrow regardless of what team Steven Gerrard goes with." 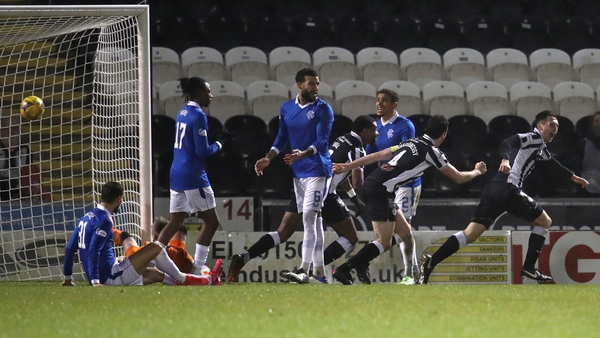