Newcastle missed out on a first major semi-final in 15 years after they slumped to a 1-0 defeat at Brentford in the last eight of the Carabao Cup.

Magpies boss Steve Bruce was looking for some respite from a torrid spell on Tyneside, but a second-half goal from England Under-21 midfielder Josh Dasilva merely piled on the misery.

Newcastle arrived in west London in a familiarly beleaguered state, having hit a rocky patch both on the pitch - a 5-2 defeat at Leeds was followed by a draw against 10-man Fulham -  and off it amid Covid-19 outbreaks, rumours of unrest in the squad and fan discontent.

A first League Cup semi-final since 1976 may have at least eased the latter problem, but it was not to be and the Toon's wait for silverware will tick into a 52nd year.

Instead Dasilva's goal created a piece of Brentford history, firing the Championship Bees into their first major cup semi-final. 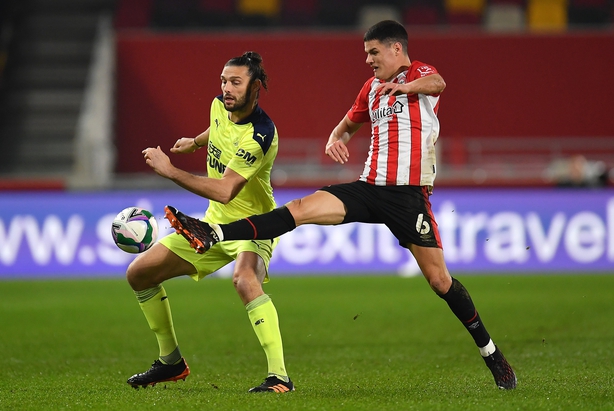 Brentford had even made six changes to Newcastle's four, starting with top scorer and former Magpies striker Ivan Toney on the bench.

But they still made a fast start with Saman Ghoddos firing wide and Ethan Pinnock heading over from a corner.

For Newcastle, Callum Wilson got away from Mads Bech Sorensen but his shot was well blocked at the near post by Bees keeper Luke Daniels.

Then Wilson almost got on the end of Ryan Fraser's inviting cross six yards out but Sorensen's touch took it away from the striker.

Then Pinnock headed a corner back across goal for Sergi Canos, who made an awful mess of a free header at the far post.

Newcastle almost carved Brentford open twice in the final 10 minutes of the first half, with Fraser forcing a fine save from Daniels with a fierce, dipping volley and Wilson denied by Sorensen's challenge as he bore down on goal. 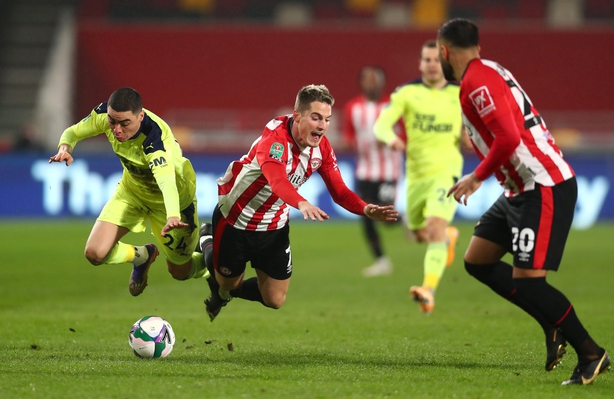 Wilson had another opportunity after the break from a Jamal Lewis cross but could only guide it over the top.

The breakthrough came in the 66th minute, when Canos lifted a delightful cross into the area for Dasilva to slide in and fire home.

Bruce turned to Andy Carroll from the bench to attempt to retrieve the situation but the big striker could only blaze a couple of long-range efforts off target.

It is back to the Premier League, and games against Manchester City and Liverpool, next for the Magpies, with another winter of discontent looming for Bruce.