Manchester United manager Ole Gunnar Solskjaer insists his side are desperate to win a trophy having gone three seasons without silverware.

United's last triumph came in the 2017 Europa League final under Jose Mourinho but, since his departure and Solskjaer's appointment, the cupboard has remained bare.

A Carabao Cup quarter-final, albeit it against an in-form Everton side, represents a good chance to end that run and - despite their improvement in the Premier League - the Red Devils boss knows silverware provides additional validation.

"Of course it's something we're aiming for," said Solksjaer, who won nine major trophies as a player at Old Trafford.

"I remember myself winning my first trophy. Even towards the end of my career, I think it was Patrice Evra and Nemanja Vidic's first trophy in the Carling Cup, 2006 was it?

"I think that was their first trophy and it does give something to a team.

Captain Harry Maguire said the players were well aware of the expectation on them to add to the club's long list of honours.

Of the 19-man matchday squad which faced Leeds in Sunday's 6-2 victory, 11 players have yet to win a trophy with United.

Maguire, one of that group, admits that has to change. 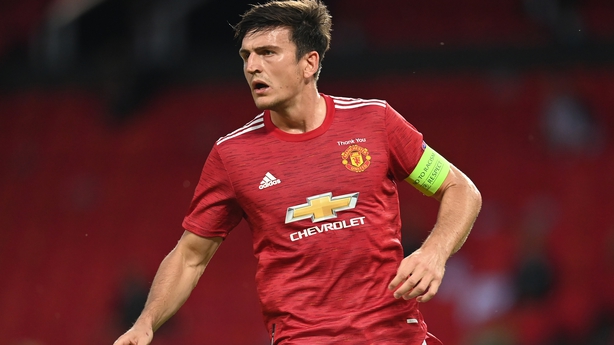 "It's really important this season that we try and get our hands on silverware and win a trophy," he told manutd.com. "At this club we're expected to win trophies and we go into this game full of confidence from the result (against Leeds).

"We've got to start winning trophies, we haven't won in the last two or three years now and it's important.

"It's an important competition for ourselves to build momentum and confidence."

Midfielder Jesse Lingard, who has not played since the Carabao Cup tie against Brighton at the end of September, is set to return to the squad for the trip to Goodison Park, while forward Mason Greenwood may get a start.

"Jesse will be in the squad. He's been working hard in training. He's been unfortunate with having to isolate a few times, been in contact, or close contact with Covid, not even having it himself," said Solskjaer.

"He's been very unlucky being away from the training ground a few times. He works really hard and he'll be involved in the squad, definitely, on Wednesday."

Solskjaer is likely to make changes for the game as he seeks to manage the squad's workload.

"Mason's fit enough to play, he was on the bench (against Leeds) he will be involved in the squad unless something happens," he added.

"Of course, Luke (Shaw) came off with an injury so that had to be done, Edinson (Cavani) has been out with an injury for a while, we need to get him going and Bruno (Fernandes) is one that I also have to protect."