Gary Rogers has backed newly appointed sporting director Jim Magilton to steer Dundalk through a tricky transitional period and ensure they remain a prominent force domestically and in Europe.

The Lilywhites had 18 players out of contract after their season ended with an FAI Cup final defeat of Shamrock Rovers. Sean Hoare has gone to the Hoops and the future of many other key men remains uncertain.

Rogers, who retired after the FAI Cup triumph, admitted his former club are at "a real turning point", but he believes Magilton, alongside boss Filippo Giovagnoli, have the capabilities to get through it in a healthy state.

"I think Jim will be a good appointment," he told the RTÉ Soccer Podcast.

"A man of his knowledge and experience will certainly be an asset to Dundalk. It'll be interesting to see how he gets on. His first few weeks are going to be key. 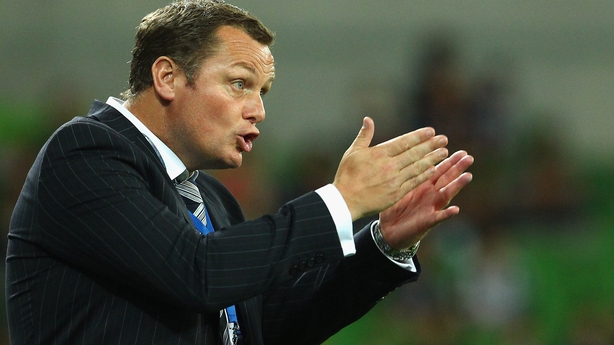 "You look at the amount of players that are out of contract... if you lose X amount of players you have to bring in so many players then as well. This is going to be a key period for him but with his experience and knowledge of our league, the Northern Irish league and then his contacts in England, he should be a really good appointment for the club.

"He'll be able to bring in the players of the calibre the club requires in order to maintain the success we've had.

"The one thing I'll say the last number of years - and you can go back to Stephen Kenny - there was great continuity in Stephen's squads. I signed in 2015, when he'd have brought me and Ronan Finn in to the starting team and kept everything that he had before.

"There was always good continuity and a good core group there. It will be interesting to see how this off-season goes for Dundalk in terms of the players they bring in and the players they let go."

Gary Rogers tells @AdrianEames1 on the RTÉ Soccer Podcast that Jim Magilton is the ideal candidate to help lead Dundalk into a fresh period of success #RTEsoccer pic.twitter.com/sKFrzziP60

Rogers  also had words of praise for Giovagnoli and his No 2 Giuseppe Rossi. The Italian was completely unknown on these shores when he took the reins from Vinny Perth last August, having previously been technical director of AC Milan's Junior Camps and most recently director of coaching at the Metropolitan Oval Academy in New York.

However he was later rewarded with the job on a permanent basis after leading the club into the Europa League group stages as well as winning the cup.

"There's always going to be people who are sceptical of the unknown but to come in and do the job that they've done, in a short space of time... it just goes to show that the coaching badges are not all they're cracked to be as well," Rogers added.

"They came in to a completely foreign environment for them and managed to turn it around. To qualify for the group stages is not something that's easy to do. To do what they've done and to win a cup, it just goes to show that they have got the ability to do the job."