Corkman Caoimhim Kelleher admitted "it's been a bit of a mad one" after a week in which he made his Champions League and Premier League debuts for Liverpool, keeping clean sheets in both.

The Republic of Ireland under 21 international deputised for the injured Alisson in the Reds' 1-0 defeat of Ajax before shining again during Sunday's 4-0 hammering of Wolves at Anfield.

With his first-choice goalkeeper still not ready to return from a hamstring problem, Jurgen Klopp could be forgiven for protecting Kelleher and starting his previous established number two Adrian.

However, it seems the manager is keen to keep faith with a player who has performed so confidently having made just six first-team appearances.

"Usually a goalie you don't have to change that often and nobody told me anything different other than Caoimhin should be ready again, which is a good sign," he said.

For Kelleher, it's been a case of taking it all in his stride. "Yeah it's been a decent week. What can I say?" he said.

"Two debuts in one week, it's been a bit of a mad one. I've just been trying to take my opportunities when I've had them. I've had two games, and felt I did well in them. That's all I can do.

"It was a class feeling to be fair, actually having fans there [at the ground on Sunday] singing. Hearing You'll Never Walk Alone was some feeling to be honest. It was class." 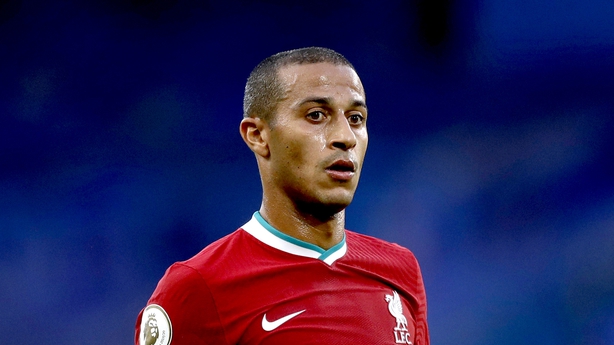 Klopp will have none of the players currently injured - Xherdan Shaqiri, Alisson Becker, James Milner, Alex Oxlade-Chamberlain, Thiago Alcantara, Virgil Van Dijk and Joe Gomez - available for the game, while those who featured in Sunday's victory over Wolves have only completed recovery sessions so far.

With the Reds already qualified as Group D winners, Klopp has the rare luxury of resting some of his over-worked senior players - Andy Robertson has played every minute of every Premier League match this season, for example - and offering more chances to youngsters.

But Klopp said there was still a burden of responsibility on him and the club to be competitive.

"Our Champions League squad was really already very young, we have had four, five, six players involved in the squad so far and yes they will travel and then we will make decisions," he said.

"The analysis is not finalised yet and they will all play a part in my my thinking. It is the first time we don't have to get a result in the last match of the group stage and so we have to consider the general situation, that's clear, but we have to consider we are Liverpool and we want to win the game.

"All these things will lead to a line-up."

Watch RB Leipzig vs Manchester United live on RTÉ 2 and the RTÉ Player tonight from 7.30pm