Napoli paid tribute to former club favourite Diego Maradona before their 2-0 win over HNK Rijeka in the Europa League.

Fans gathered outside the stadium to pay their respects to the Argentinian, who died on Wednesday aged 60, with a number also laying flowers and memorabilia.

Armando Anastasio scored an own goal before Hirving Lozano sealed victory in the 75th minute in a match which was heavily overshadowed by the death of the World Cup winner.

Napoli had taken to the field wearing 'Maradona 10' shirts before the game.

In Thursday's other games, Dundalk, meanwhile, remain without a point following a 3-1 home defeat to Rapid Vienna.

But Premier League rivals Leicester and Arsenal, along with Roma and Hoffenheim, became the first teams to secure their places in the last-32.

Jamie Vardy fired a stoppage-time equaliser to ensure Leicester's progress to the knockout stage in a thrilling 3-3 draw with Braga.

Nicolas Pepe scored the opener to help Arsenal to a 3-0 win in Molde as they too secured qualification to the next phase in Dundalk's group. 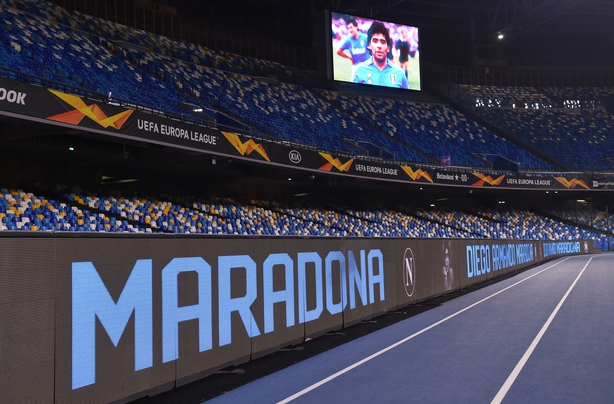 Carlos Vinicius scored his first two goals for Tottenham as they cruised to a 4-0 win over Ludogorets in Group J, while Royal Antwerp beat LASK 2-0 in the group's other fixture.

Benfica came from behind to earn a 2-2 draw against Rangers at Ibrox to keep the sides level at the top of Group D.

In Rangers' group, Standard Liege picked up their first three points of the campaign in a 2-1 home win over Lech Poznan, leaving both clubs five points adrift of the top two.

Celtic crashed out in a 4-1 loss at Sparta Prague.

The result leaves Neil Lennon's side with just one point from their four group games, while boasting just two wins from their last nine matches in all competitions.

Jonathan Bamba struck the equaliser for Lille as they came from behind to secure a 1-1 draw against AC Milan in the same group.

Elsewhere, Roma earned progress from Group A following a 2-0 victory at CFR Cluj, while Young Boys recorded a 1-0 win over CSKA Sofia.

Hoffenheim secured a 2-0 away victory at Slovan Liberec that means they have qualified as well, while Red Star Belgrade beat Gent by the same scoreline in Group L.

Bayer Leverkusen kept pace with Slavia Prague at the top of Group C after a decisive 4-1 home win over Hapoel Be'er Sheva, as Slavia Prague won 3-1 in Nice.

In Group E, Granada extended their unbeaten run in the competition with a 2-1 win over Omonia Nicosia, while PSV Eindhoven came from behind to beat PAOK 3-2.

In Group I, Sivasspor secured a 3-2 away win at Qarabag, while Maccabi Tel Aviv settled for a 1-1 draw against Villarreal.

AZ Alkmaar and Real Sociedad played out a goalless draw in Group F to leave both sides two points behind Napoli. 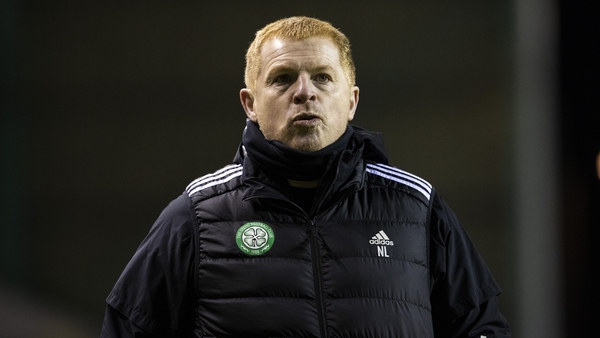