European football remains in the thoughts of Sligo Rovers and Derry City ahead of the Extra.ie FAI Cup quarter-final at the Showgrounds tonight.

The match has been postponed twice due to Covid-19 outbreaks in Derry and will finally be played 25 days on from the original fixture date.

Sligo moved into pole position to claim the final spot for Europe next year through their standing in the league table.

Tonight's opponents Derry, and Athlone Town, are the only teams which can prevent them competing in the Europa Conference, and they must win the FAI Cup to do so.

The prize for the winner of this tie, which must be completed on the night, is an away semi-final against Shamrock Rovers on Sunday afternoon.

Derry go into the game knowing it is their final chance to turn around their disappointing year.

A seventh-placed finish was a poor return for the Candystripes, particularly after increasing their budget this campaign.

They have undergone a second period of isolation on the back of two positive tests but were able to return to training yesterday ahead of this game.

The game kicks-off at 7.30pm and is live on WATCHLOI.

Sligo Rovers: Rovers will be without Niall Morahan and Jesse Devers due to suspensions carrying over from the end of the league season. Ronan Murray (toe) and Johnny Dunleavy (knee) are the only other absentees. 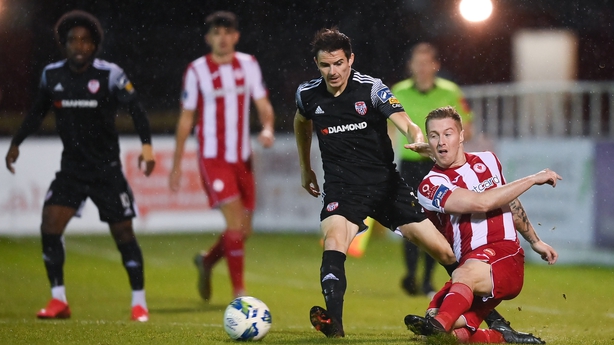 Derry City: Ally Gilchrist is the only absentee for Derry. Otherwise Declan Devine has all his players to choose from after completing the quarantine period.

Liam Buckley (Sligo Rovers):  "I said to the group that it’s great to be fourth in the table and it was a really great finish to the season but memories are also built on winning cups and winning leagues, getting into Europe and playing games.

"It’s about occasions. From a football perspective I want our lads to grasp it as best they can and see what happens from there.

"The cup is special, definitely. From the final whistle in Dundalk we said that wasn’t our season finished, we had to bring it in to the Derry game and that is what we will look to do.

"You’d like to think that maybe a little bit of momentum from our end might be helpful but having been there and done that, let me tell you, it’s do or die.

Declan Devine (Derry City):  "We had no training sessions at all before of our final couple of league matches but we hope to get some sort of work with the players ahead of Wednesday night."

"It’s been one of those seasons and you can see how it has affected clubs everywhere."

"We still have a chance to compete for silverware though so it’s up to us to go to Sligo and try to win the game.

"We have no new injury worries so everybody other than Ally Gilchrist is available. That’s not a luxury we’ve had very often in the past few months so it’s a chance for the players to show what they can do."