All eyes are on Filippo Giovagnoli ahead of tonight's Extra.ie FAI Cup quarter-final.

The Italian is set to be confirmed as Dundalk head coach for next season after leading the Lilywhites to the Europa League group stages in his short spell at Oriel Park.

But league form has been more than patchy.

The 2-0 defeat to Sligo Rovers on the final day saw Dundalk stumble into a European finish on the biggest budget in the division.

Squad rotation and the incredible fixture list Dundalk have had to manage has been a reasonable reason for the struggles, but with a long rest since the end of the league, there is no excuse tonight.

Bohemians sealed second place a long time ago but still finished strongly with a win over St Patrick's Athletic in their finale.

European football is secured, and a first FAI Cup final appearance in 12 years would be the next major step in the revival of Bohs.

The carrot is a huge one for both these sides, as First Division strugglers Athlone Town await in the next round away from home.

Bohemians: Anto Breslin is suspended and full-back Andy Lyons has an arm injury. Keith Ward  will have a late fitness test on an Achilles injury.

Dundalk:  Sean Hoare will miss the game through suspension while Patrick Hoban – who became a new father on Thursday – is also out after suffering an ankle injury in the final league game against Sligo Rovers. The game has come too soon for Sean Murray who has been struggling with a groin injury but Daniel Kelly and Patrick McEleney are back in contention.

Bohemians manager Keith Long (speaking to  The Irish Times):" We'd love nothing more than to be playing this game in front of a packed Dalymount but we also know that the fans are watching the games from home and are behind the team. We don’t want our season to be over tonight and the players will do everything to win this game."

Dundalk striker David McMillan: "This has now become our most important game of the season. We can forget about the Europa League games for the minute. They (Bohs) have done very well this year, they’ve been very consistent, but it’s a game we’re eager to do well in and want to win." 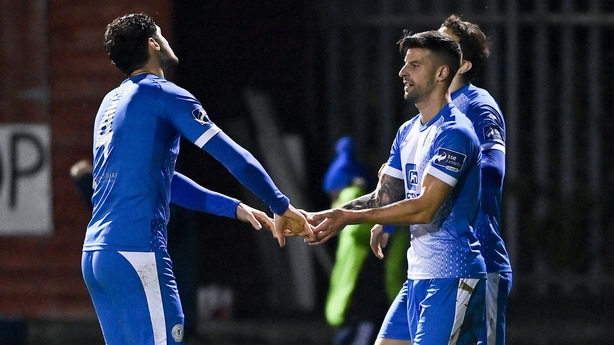 The quest for a double moves to Ballybofey for Shamrock Rovers on Friday night as they face a potential challenging encounter against in-form Finn Harps.

Ollie Horgan led his side to safety after a brilliant run in the league as they achieved their highest finish under the astute manager.

This is a bit of a bonus for Horgan and his men and he is quick to play down their chances of progressing to a semi-final.

But rest assured, it has certainly been on their mind of all in Donegal since achieving safety 11 days ago.

The Hoops earned a 2-0 win over Harps last month, which was more than impressive given they rotated their squad and had to cope with challenging conditions on a barren pitch.

The weather is expected to be poor again and Stephen Bradley's men cannot afford to have an off-night. Bradley will watch from the stands, having been sent off in the closing stages of the win over Shelbourne.

Finn Harps: Leo Donnellan returns from suspension having missed last week's victory over Waterford. Mark Timlin remains out while Shane McEleney will miss the game through suspension. Karl O’Sullivan is unlikely to feature while he recovers from an ankle injury sustained at Bohemians a month ago.

Shamrock Rovers: The Hoops have everybody available.

Finn Harps manager Ollie Horgan: "Listen, they're champions for a reason and it’s going to be a huge ask for us to get anything from the game. But the lads have done well to close the season so we’ll give it our best and see how we go."

"Finn Harps will play the same way and approach it the same way each and every game so I don’t think that will have any effect. They’ll go all out to win the game like they did a few weeks ago and so will we.

"(Defending the FAI Cup) is something that’s achievable but to do that we’ve got to make sure that we’re 100% focused on Friday first. If we can go and get the result then it’s something we can talk about. Our main focus in Finn Harps on Friday because we definitely can’t look past that."