The Republic of Ireland's prospects of qualifying for the 2022 World Cup in Qatar were dealt a blow on Wednesday with confirmation that they will occupy a place in the pot for the third seeds when the qualifying draw takes place in Zurich on 7 December.

Ireland's hopes of securing a spot in the tier of second seeds rested on beating Bulgaria in their final Nations League encounter, while also hoping for a Serbia victory over Russia and a win or a draw for Northern Ireland over Romania.

However, UEFA awarded Romania a 3-0 victory over Norway from Sunday's cancelled match between the two nations just before kick-off tonight, muddying the waters regarding the pot 2 picture.

From an Irish perspective, the UEFA decision was to prove academic, with Stephen Kenny's men failing to deliver their part of the bargain in a 0-0 draw.

Of the 13 European sides that will advance to the 2024 World Cup, 10 places will be awarded to group winners in qualifying, while three others will secure their places in the Middle East via play-offs.

The 10 runners-up in the groups will progress to those play-offs, along with the two highest-ranked teams from Nations League group winners that fail to advance as World Cup qualifying group winners. 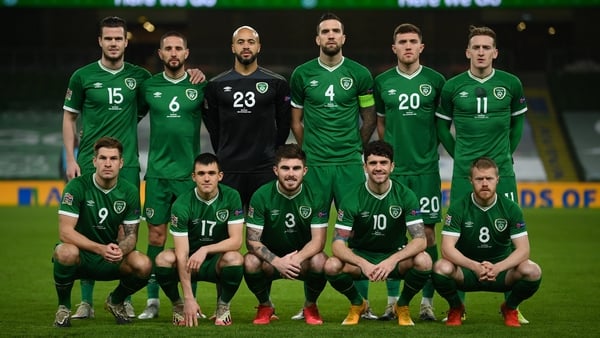