Spain forward Ferran Torres scored a first career hat-trick as his side crushed helpless Germany 6-0 at home on Tuesday to storm into the final four of the Nations League.

Goals from Alvaro Morata, Ferran and Rodri gave Luis Enrique's side a convincing 3-0 lead at half-time, while Ferran struck again early in the second half and completed his treble with a classy finish.

The victory saw Spain finish top of League A4 with 11 points after six games, while the Germans, who only needed a draw to progress to the final phase, came second with nine.

Spain suffered an early injury setback when Sergio Canales was taken off but his replacement Fabian Ruiz had an immediate impact, sending in a superb delivery from a corner and Morata rose unmarked at the far post to head home in the 17th minute.

Morata netted again soon after by connecting with a cross from Ferran but his strike was incorrectly ruled offside, with no VAR in operation in the Nations League.

However, Spain quickly shrugged off their sense of injustice as Ferran smashed in their second goal on the rebound in the 33rd after Dani Olmo had glanced against the post, while Rodri headed home a corner from Koke five minutes later. 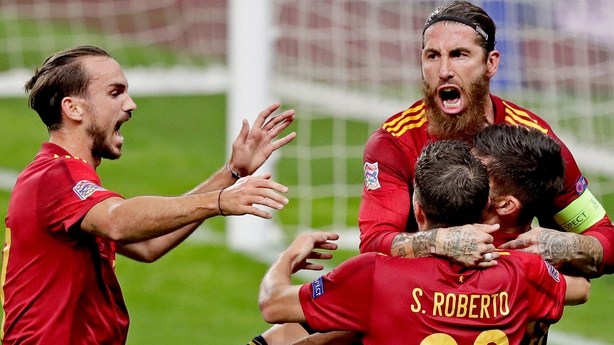 Spain lost captain Sergio Ramos to a suspected muscle injury towards the end of the first half but they grew ever more confident after the break as Germany continued to wilt.

Dani Olmo spurned a simple chance to add to Spain's lead, allowing Germany's Manuel Neuer to make a rare save in a match in which his principal task was picking the ball out of the net.

But Ferran showed no mercy, making the most of a generous pass from ex-Valencia team mate Jose Gaya to score his second, then showing his confidence by receiving a pass from Fabian and beating Neuer with a first-time finish from outside the box. 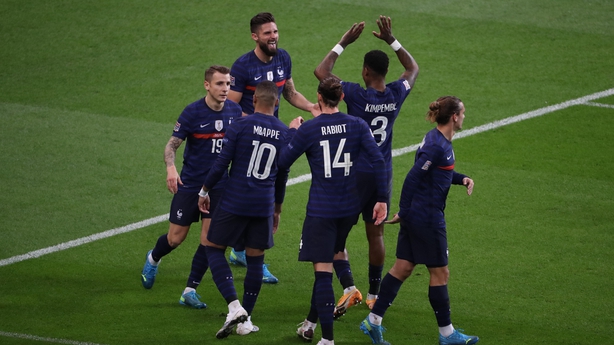 Olivier Giroud bagged a double as he showed his worth for France again to help the world champions beat Sweden 4-2.

Sweden, who reduced the arrears through Robin Quaison before France's Kingsley Coman wrapped it up in stoppage time, were relegated into League B.

Didier Deschamps's France side, who had already qualified for the Final Four, topped Group 3 with 16 points from six games. 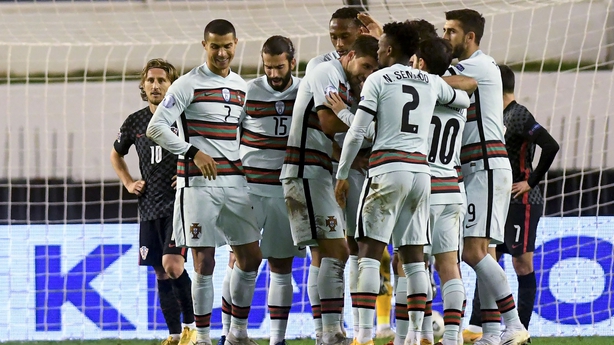 Portugal's Ruben Dias scored his first two international goals to help the European champions to a 3-2 win at 10-man Croatia, stretching their unbeaten run against the hosts to seven games.

The result left outgoing holders Portugal second in League A, Group 3 on 13 points from six games, three behind France.

Croatia finished third on three points, ahead of bottom team Sweden on goal difference, and avoided relegation from the Nations League top tier although the defeat is likely to pile more pressure on coach Zlatko Dalic.

Mateo Kovacic fired Croatia into a 32nd-minute lead but Dias and Joao Felix turned the tide after the home side had Marko Rog sent off in the 51st for two yellow cards, the second brandished for a crunching foul on Cristiano Ronaldo.

Kovacic levelled with a superb first-time shot from the edge of the penalty area midway through the second half but Dias had the last laugh in the 90th minute when he capitalised on a blunder by Croatia goalkeeper Dominik Livakovic.