RTÉ Soccer analyst Pat Fenlon is hoping people keep faith with Stephen Kenny during the transition phase when a new batch of talent is coming through for the Republic of Ireland.

Kenny has yet to win in seven games and there are concerns Ireland could suffer relegation in the Nations League on Wednesday night against Bulgaria.

The Ireland boss will be able to call on just three players who started Mick McCarthy's final game in charge against Denmark – Darren Randolph, Shane Duffy and Conor Hourihane – telling the story of a remarkable period of misfortune for Kenny.

The former Dundalk boss continues to use new talent, though he has not had much choice this week, something which Fenlon feels is key for the future of the international team.

He is keen for Kenny to stick with the likes of Adam Idah and Jayson Molumby, albeit both players have been ruled out of Wednesday. 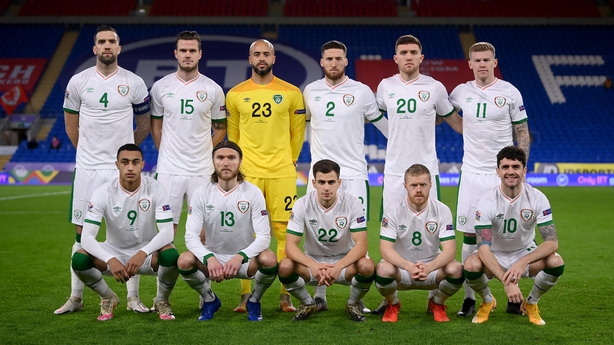 While Fenlon admits that Kenny’s philosophy might need tweaking, he sees green shoots in terms of application and getting more out of players who previously haven't shone for their country.

Speaking on the RTÉ Soccer Podcast, Fenlon said: "These are the games we have a chance of beating team and to go on the front foot to play. I think we’ll do that. The last thing we need is to lose this game again, it would put us into a really difficult situation going into World Cup qualifying.

"It’s a game we have to go and win. When you look at the games, and Stephen has talked about changing the way we want to play, and that’s fine, it takes time, I don’t think that is his overall job. You have to mix the game up.

"I watched Belgium v England and even some of the other teams in Europe and even in the Premier League; teams are getting the ball a lot quicker than they were before two years ago.

"The one slight concern I would have is looking a small bit vulnerable defensively which we probably haven’t for a period of time. That can be down to situations where you are inviting full-backs to push on and be high and go early. That isolates the likes of Shane Duffy at times. There is loads of work to do.

"I just hope people don’t panic and write it off at the moment. The squad at the moment is well shorn of everybody, but there is something in relation to what we are trying to do. We have complained for a long time about our international team being devoid of anything going into games.

"I don’t see that at the moment. One of the big things for me from the Wales game was the pressing of the ball being really good.

"And the other side of it, Daryl Horgan wasn’t in any of the squads and has come in and been really, really good in the game. That is a plus.

"I hope it turns quickly. I’ve been in the situation as a manager and you can talk about playing well and people eventually switch off and say you’re not, you’re getting beaten and you haven’t scored a goal. We need to get that off our back." 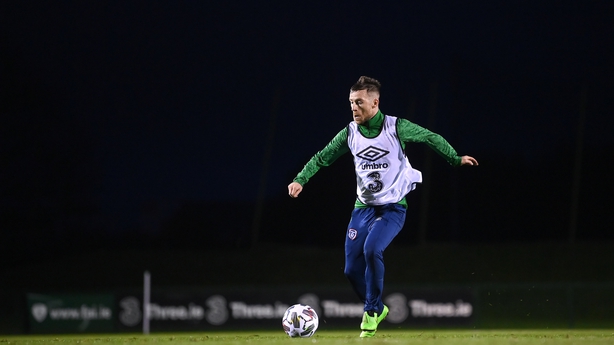 Jack Byrne is one of just three midfielders left from the original squad named at the start of this international window.

He played a small role against Wales and has a better chance of making his first start than ever before.

Fenlon feels there should be "no fear" of playing Byrne, despite the mistake he made by giving the ball away which ended with Jeff Hendrick getting sent off

The Linfield general manager added: "On the basis of the amount of players we are missing, I’m sure Jack will be looking at it and thinking 'we have all these players out. If I don’t get a chance now, I’m going to struggle to play when they all come back’.

"That is up to Stephen. I thought Jack did enough against Wales. I know he gave away the ball for the red card but that is what you get with Jack. He is going to take risks. A square ball in international football, players will be onto that straight away.

"But he did play some really positive forward passes which he does a lot. Who not play Jack? I think he has been fantastic for Shamrock Rovers. It’s a massive, massive step up.

"He’ll be going from Cardiff to Finn Harps if he doesn’t play on Wednesday and there is some difference in that in more ways than one. He has shown his quality this year. It’s on the pitch that Jack does his talking. I have no fear of him playing."