Bayern Munich continued their recent dominance over old rivals Borussia Dortmund, coming from behind to win 3-2 away in the Bundesliga with Robert Lewandowski scoring his 11th goal of the season.

Midfielder David Alaba was also on target for the Bavarians after a turbulent week in which the club publicly withdrew its offer to renew his contract, leaving the long-serving Austrian "hurt and disappointed."

Bayern, who stayed top of the Bundesliga with 18 points from seven games, have won all four of their meetings with Dortmund since Hansi Flick took over as coach, including the league double last season. Dortmund are third with 15 points, one behind RB Leipzig.

Bayern thought they had gone ahead in the 25th minute when Lewandowski swept Serge Gnabry's low cross into the net but, after a long VAR check, the goal was disallowed because the Pole's right knee was offside.

Having survived that, Dortmund took the lead. Jadon Sancho sent Raphael Guerreiro into the box and he cut the Portuguese back for Reus to sidefoot into the net in the 45th minute.

Dortmund, who had conceded only two league goals all season before Saturday, then let in two in five minutes either side of the break.

Gnabry played a free kick short to Thomas Mueller who teed it up for Alaba to equaliser with a deflected shot in first-half stoppage time.

Within three minutes of the restart, Lucas Hernandez whipped in a cross from the left and Lewandowski got in front of Mats Hummels to score with a powerful header.

Dortmund, who missed several chances throughout the game with top scorer Erling Haaland among the culprits, fell further behind in the 80th minute.

Bayern broke up a Dortmund attack and the ball was quickly played up to substitute Leroy Sane who cut inside and scored with a low shot into the far corner.

Dortmund were not finished as Haaland ran onto Guerreiro's dinked pass to round Manuel Neuer and pull one back with seven minutes left.

Reus volleyed over from Guerreiro's cross before Lewandowski had another goal chalked off in stoppage time. 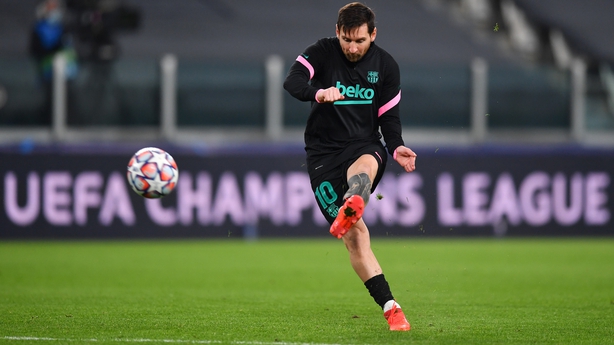 In LaLiga, Lionel Messi came off the bench at half-time to score twice as Barcelona beat 10-man Real Betis 5-2 at the Nou Camp.

Ousmane Dembele had given the home side the lead after 22 minutes, before Antoine Griezmann's penalty was saved and Antonio Sanabria equalised in first-half stoppage time.

Messi, though, made an instant impact as his clever stepover set up Griezmann five minutes after the restart and he then converted a penalty after Aissa Mandi was shown a red card for handball on the line following VAR review.

Loren Moron set up a tense final 15 minutes, but Messi settled matters with another late third goal and Pedri added a fifth as Ronald Koeman's side closed out a much-needed victory.

Joao Felix bookended the scoring while there were also goals for Marcos Llorente and Luis Suarez as Atletico Madrid hammered Cadiz 4-0 to go to the top of the table, while Sevilla beat Osasuna 1-0 and Huesca and Eibar drew 1-1.

Angel Di Maria scored in either half as Paris St Germain moved five points clear atop Ligue 1 for a few hours at least following a 3-0 victory over third-placed Rennes.

Moise Kean opened the scoring after 12 minutes before Di Maria bagged his first midway through the first half, finishing the scoring with a quarter of an hour to go as PSG claimed their eighth successive league win.

Florent Mollet and Andy Delort were on-target in Saturday's other match as Montpellier won 2-0 at Bordeaux. 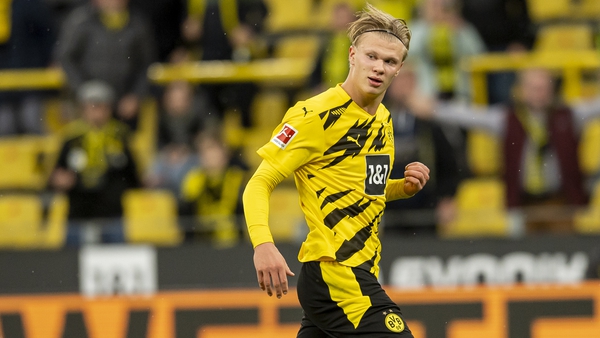