Gabriel Jesus is hoping to prove his fitness for Manchester City's Champions League clash with Olympiacos on Tuesday.

The Brazil striker has been of action since suffering a thigh injury in City’s first Premier League match of the season at Wolves in September.

The 23-year-old is now back in training and, with Sergio Aguero also sidelined, a potential return against the Greeks would give City a lift.

City have played without a specialist centre forward in recent games, with winger Ferran Torres filling in in the position against Marseille last week and Sheffield United on Saturday.

Manager Pep Guardiola was still unsure whether Jesus would be ready as he held his pre-match press conference on Monday lunchtime.

"We are waiting for Sergio but we are happy with Ferran so we have an alternative." 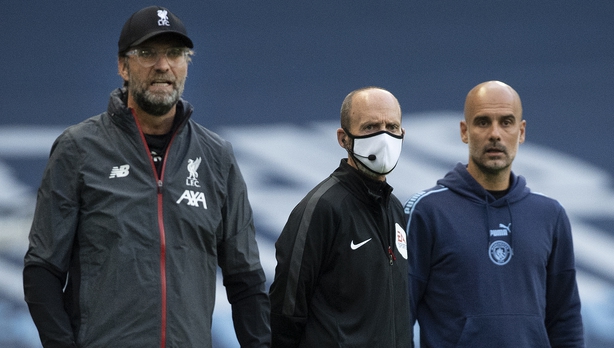 Guardiola insisted Sunday's looming encounter with Premier League champions Liverpool would not affect his thinking for the Olympiacos game.

"Absolutely not," he said. "You cannot make a false step in the Champions League because after that you struggle. We have an incredible opportunity to make a huge step to qualify for the next round."

City have opened their Champions League Group C campaign with back-to-back victories over Porto and Marseille and Guardiola wants to maintain the momentum to wrap up qualification for the knock-out stages as soon as possible.

He said: "We are only in the beginning of the season. November, December, January is very demanding in this country so tomorrow is incredibly important to go onto nine points, and be incredibly close, and then we can handle this competition with the Premier League a little bit better."

Guardiola remains unsure when record goalscorer Aguero will be fit to return after a hamstring injury. The Argentinian has not been categorically ruled out of the Liverpool encounter but he seems more likely to back later in the month.

"I don’t know about Liverpool but I think, for sure, after the international break he will be ready."