Arsenal ended their five-year wait for a Premier League away win against 'Big Six' opposition with a second half Pierre-Emerick Aubameyang penalty giving them a deserved win at Manchester United.

The Gunners had not enjoyed such a win in 29 games since their victory at Manchester in January 2015.

The result leaves United still without a win at Old Trafford in the Premier League this season and it was a disappointing performance from Ole Gunnar Solskjaer's side after their impressive display in the 5-0 win over RB Leipzig in the Champions League in midweek.

The decisive moment came when Paul Pogba stood on Hector Bellerin's foot inside the area and Aubameyang kept his cool to convert the spot-kick.

United did hit the post through a deflected shot from substitute Donny van de Beek late in the game but Solskjaer's 100th game as manager ended in a defeat which leaves them in 15th place with just seven points from six games.

Arsenal move up to eighth on 12 points 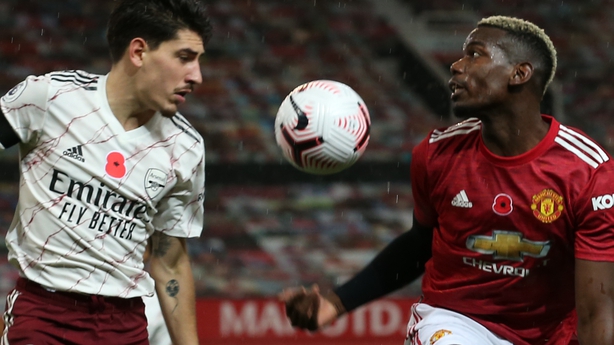 Solskjaer opted to start with Pogba in a Premier League game for the first time since their 6-1 defeat by Tottenham Hotspur last month but neither he nor the most advanced midfielder Bruno Fernandes were able to get a firm grip on the game.

Mason Greenwood forced a save out of Arsenal keeper Bernd Leno, from a tight angle in the 21st minute but the Gunners pinned United back for long stages with their impressive pressing.

Arsenal's Brazilian winger Willian clipped the cross-bar in the 39th minute and Aubameyang drifted a shot just wide after the interval. 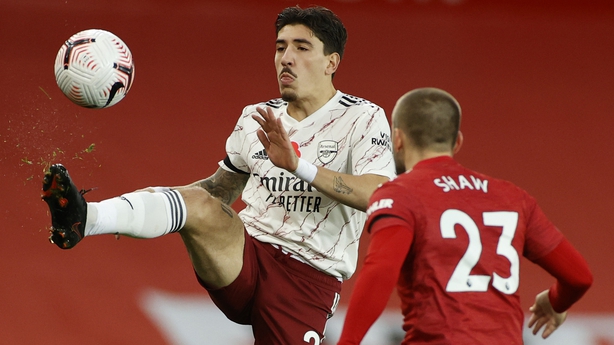 But Pogba's ill-advised challenge decided the outcome and left Solskjaer with some more thinking to do about how best to organise his midfield.

"It's hard to put your finger on it. It was disappointing from us. It was a cagey game, a game of few chances," said United skipper Harry Maguire.