Cabinteely have had their First Division promotion hopes dashed, and Galway United handed a dramatic reprieve, following an appeal over a points deduction involving Wexford FC in the SSE Airtricity League.

Earlier this month Wexford were found to have fielded an ineligible player in four games, with Cabinteely benefiting the most from four sides being handed 3-0 victories.

The ruling was made by the Football Association of Ireland Appeal Committee.

However Wexford took the decision to an arbitration and have succeeded today, which changes the final standings of the First Division.

Cabinteely lose the two additional points they had received, and therefore drop out of the play-offs.

Galway, under John Caulfield, move inside the top five and will now play Bray Wanderers this Saturday.

An FAI statement read: "The Independent Arbitrator has ruled that the results on the field of play in the four games involving the player in question stand. Wexford FC and their opponents will now retain the points gained on the field of play from their First Division fixtures against Athlone Town, Cabinteely FC, Shamrock Rovers II and Cobh Ramblers. 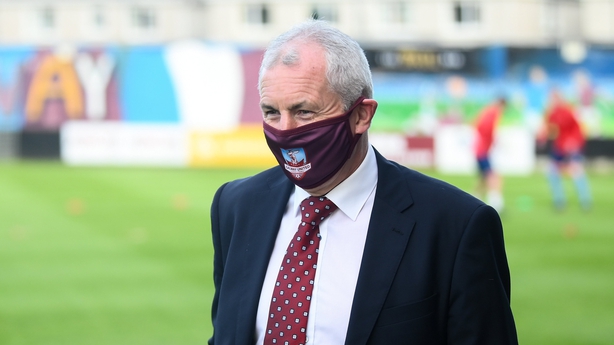 The winner of that tie will face either UCD or Longford Town, who also clash this weekend.

The development is likely to infuriate Cabinteely as they were preparing for the game on Saturday, while the Tribesmen must regroup after believing their season was over.

Shane Duggan's 94th-minute goal rescued a 2-2 draw against UCD on Tuesday, a goal which ultimately proved vital to ensure the play-off spot.

Cobh Ramblers miss out on goal difference after failing to break down Shamrock Rovers II on Saturday.